Are mushrooms good for PTSD? Some are, but others, not so much. But the fact that some mushrooms can help PTSD symptoms has created a wealth of opportunities for patients and shroompreneurs.

In this post, we explain which mushrooms are good for PTSD, shroompreneur opportunities for now and in the future, and answer some frequently asked questions about PTSD mushroom applications. 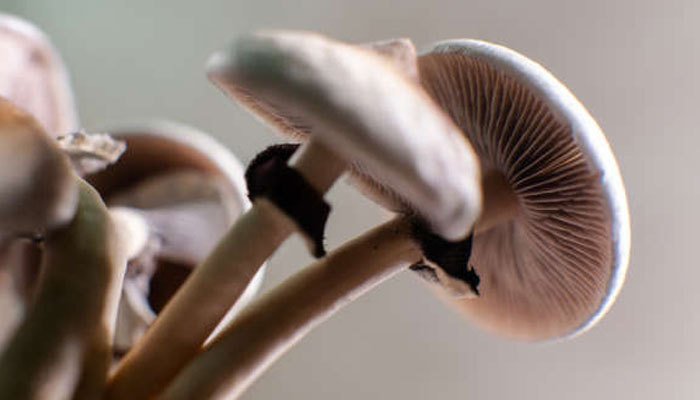 Psychedelic Therapy for Trauma – Does it Work?

You may or may not have heard, but psychedelic therapy for trauma is becoming increasingly common throughout the United States. This is an opportunity for some patients who are struggling with the symptoms of PTSD and have exhausted all other options.

The therapeutic potential of psychedelics is vast. But not everyone understands how this class of psychoactives helps patients recover from trauma.

But can psychedelics replace traditional meds?

Most people agree that drugs are helpful for psychotic disorders. But what if there was an alternative to medication? This is the question researchers are trying to answer in this type of psychedelic therapy. If patients could use psychedelics to recover from PTSD, they wouldn’t have to take traditional medication.

Researchers conducted several studies on the potential of psychedelics for treating trauma with positive results. In fact, their results were so promising that some states and cities have made psilocybin mushrooms for therapeutic use legal and have called for even more research is being conducted.

So far, researchers have made some impressive progress. In one study, they gave mice some psilocybin and others a placebo. The mice that were given psilocybin overcame fear conditioning much better than the mice that received the placebo.

Through this study, the results supported that psilocybin is capable of breaking the traumatic cycle that happens in patients with PTSD and other debilitating mental disorders.

The PTSD therapeutics market is already quite impressive. But equally important to consider is the projections.

At this point, a CAGR of 4.5 percent is expected from 2018 to 2026. By 2026, the market is projected to hit $10,679,500,000. With this in mind, there’s a massive market currently being developed and expanded upon, and as more scientific evidence reveals how magic mushrooms can be used for PTSD, we can expect more legalization progress.

While it might seem farfetched to think that psilocybin mushrooms will likely be legal in the United States, it’s important to consider legality in other countries. For instance, in Jamaica, psilocybin is legal and there has been a psilocybin nasal spray that’s used for PTSD.

As more progress is made, we can expect the United States to develop a psilocybin mushroom marketplace that’s not unlike its cannabis sector. However, just like with the marijuana space, bypassing the taboo surrounding these hallucinogens will take time.

While more research is essential, the results of the studies that researchers have conducted regarding psychedelics and treatment for PTSD and other mental disorders are promising. These drugs might assist in easing the impact of trauma. However, the research is still uncovering mixed results.

Can you use mushrooms for PTSD instead of medication?

Psychoactive drugs like psilocybin can help patients with PTSD break the cycle of trauma. But it is important to note that these drugs aren’t a replacement for traditional medications and a doctor should be consulted before a patient decides to stop taking prescribed PTSD medication.

How do you beat PTSD naturally?

Besides medication and psychedelics, PTSD patients have options to beat this mental illness naturally. Some decide to learn more about trauma and its role in PTSD. Joining a support group can especially helpful. Practicing relaxation techniques is also beneficial, as are outdoor activities. Abstaining from alcohol and drugs is recommended, and spending time with positive people is also conducive to beating PTSD naturally.

What drugs are bad for PTSD?

Escaping from PTSD is challenging. But this illness becomes even worse when a patient tries using alcohol or PTSD to cope with its symptoms. Particularly, alcohol and opiates tend to increase depression and anxiety while interfering with sleep patterns.

So, Are Mushrooms Good for PTSD?

The results of studies conducted with psychedelics are promising, but more research is still required. This type of medication isn’t a replacement for traditional PTSD medication and patients should consult their doctors if they’re considering attempting to use other forms of treatment.

While psychedelic mushrooms might help with PTSD symptoms, most areas in the United States have outlawed them. However, some states and cities have decriminalized psilocybin and made it legal for therapeutic use.

At this point, the opportunities for shroompreneurs looking to become established in the psilocybin mushroom space are limited. But we believe federal legalization will happen, and much like the cannabis industry, the magic mushroom marketplace will continue its expansion to become a legal space, offering new opportunities in an emerging space to those willing to seek them.