How do psychedelics affect the brain, anyway?

Psychedelics are drugs that can change one’s perception, mood, and consciousness. These compounds are commonly found in plants and fungi, and there is evidence that they have been used for religious purposes throughout history. But some synthetic psychedelics exist, too.

These drugs work by altering the levels of serotonin and other chemicals in the brain. This can result in changes in mood, thought, and behavior.

In recent years, there has been a rise in the use of psychedelics for recreational purposes. However, there is still much to learn about how psychedelics affect the brain and the role they can play in therapeutic alternative treatments.

With this in mind, you’re likely still wondering how psychedelics affect the brain. In this post, we’ll explain what psychedelics do, how the brain functions with them, and more.

At Northstar, we believe psychedelics are the next big emerging industry. Much like cannabis prohibition, we’re confident that psychedelic bans will be lifted, allowing for a legal psychedelics marketplace to form.

For those operating in the psychedelics industry, we’re prepared to help you structure and scale your businesses. Contact us now to speak with one of our experts and learn how we’ll grow your organization. 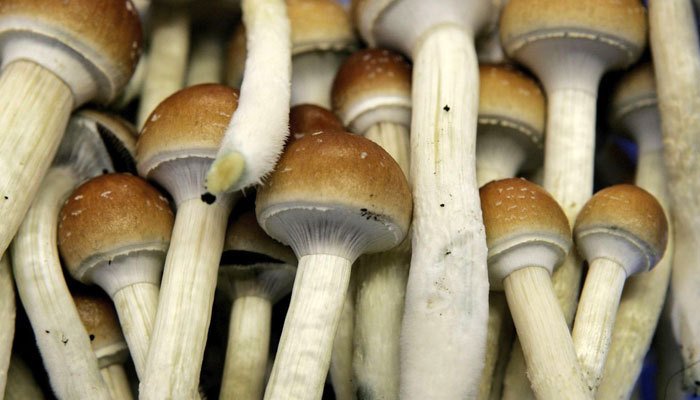 What Are Psychedelics and How Do They Function in the Brain?

Psychedelics are drugs that alter a person’s consciousness and perception. These compounds may be found naturally occurring (for example, psilocybin mushrooms, DMT, and LSD) or produced in a laboratory (such as MDMA/ ecstasy).

The brain’s neurotransmitter and receptor systems are affected by psychedelics. Neurotransmitters act as chemical messengers that move information from one neuron to the next via receptors. The temporal lobe, which is essential for the impact of psychedelic medicines, appears to be where a lot of emotional and memory activity takes place.

How Psychedelics Affect Your Brain Chemistry

Psychedelics throw the brain’s normal functioning out of whack by blocking serotonin receptors and causing a psychedelic experience.

Psychedelics also affect dopamine and glutamate. Dopamine is a neurotransmitter that is associated with the brain’s pleasure system, so its effects can lead to feelings of euphoria. Psychedelics also block glutamate receptors, resulting in increased glutamate levels.

How Psychedelics Affect Your Brain Waves

DMT may create a waking dream state, according to a study published in 2019. The DMT high correlated with the emergence of delta and theta brainwaves, which occur during deeper phases of sleep and dreaming. When the participant had their eyes closed, these delta and theta waves peaked.

These findings and deductions further support the notion that psychedelics boost mindfulness and a person’s perception of reality by stimulating integration and communication across previously separated areas of the brain.

How Psychedelics Affect Neuroplasticity and Neurogenesis

Both neuroplasticity and neurogenesis are enhanced by psychedelic drugs. Several studies have revealed that psychedelics stimulate the growth and density of neurons in the brain while also safely activating new neural connections. Few chemicals are capable of accomplishing what few psychedelics can do.

A number of studies have shown that psilocybin may be beneficial in the treatment of several mental illnesses, such as anxiety and post-traumatic stress disorder (PTSD). An increase in neurogenesis and neuroplasticity has been linked to better mental health. Psychedelics have been suggested to be well suited to treat psychiatric problems by encouraging connectivity and neuron regeneration.

How Do Psychedelics Affect the Brain FAQ

Tryptamines, such as DMT and psilocybin, which have a structure that is similar to serotonin, structurally resemble it. On the other hand, phenethylamine psychedelics, such as mescaline and 2C-family compounds, are more comparable to the neurotransmitter dopamine than are tryptamine psychedelics.

What part of the brain does psychedelics affect?

Hallucinogens act on neural circuits in the brain, particularly those in the prefrontal cortex, a part of the brain that is concerned with perception, mood, and cognitive function.

Closing on How Do Psychedelics Affect the Brain

Psychedelics are substances that alter your perception of the world. They change how you think, feel, and see things by stimulating neural circuits in areas like perception, mood, cognitive function, etc.

These drugs have been shown to be helpful for treating anxiety disorders as well as PTSD with their ability to encourage connectivity between neurons and increase neurogenesis/neuroplasticity which is linked to better mental health.