How do psychedelics work in the brain, anyway? If this is your question, you’ve come to the right place!

Psychedelics are substances that alter a person’s perception, mood, and consciousness. They’re believed to work in the brain by affecting the levels of serotonin, dopamine, and glutamate.

But there’s more to it than that!

In this article, we’ll explore how psychedelics work in the brain and discuss their potential benefits and risks. We believe this space will eventually become legal, and as federally psychedelics legality comes to fruition, we’re certain that this has the potential to become an industry as large as cannabis.

Looking to structure and scale your psychedelics business in time for federal legalization? Northstar is ready to help!

Contact us now to connect with one of our experts and learn how we’ll set your psychedelics operation up for success in this emerging legal marketplace. 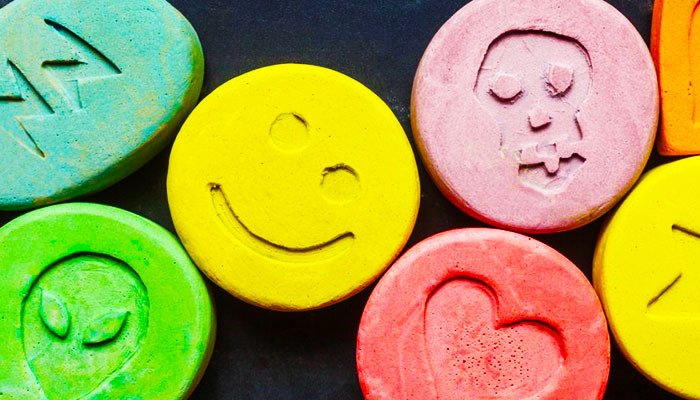 What Are Psychedelics and How Do They Work in the Brain?

Psychedelics are psychoactive substances that cause users to experience changes in perception, mood, and consciousness. These drugs may be found naturally occurring (such as psilocybin mushrooms, DMT, and LSD) or can be synthesized in a lab (such as ecstasy/ MDMA).

Psychedelics affect neurotransmitter and receptor activity in the brain. Neurotransmitters function as chemical messengers transporting information between neurons via receptors. The temporal lobe, which is important for psychedelic drugs’ effects, seems to be the spot where much emotional and memory activity occurs.

The way psychedelics work in the brain has made them a topic of discussion in the mental health field. And as studies continue to prove their efficacy, the federal government will become more lenient with how these drugs are utilized for their potential therapeutic benefits.

The majority of psychedelic drugs work by affecting serotonin levels in the brain. Serotonin is a neurotransmitter that regulates mood, social activity, sexual interest, sleep, and sensory perception. Psychedelics interfere with the brain’s normal functioning by disrupting serotonin receptors and producing a psychedelic experience.

The neurotransmitter dopamine is responsible for sending reward and pleasure signals in the brain. Psychedelics’ effects on dopamine levels may play a role in their addictive potential, although it has not been scientifically confirmed that they are addictive substances.

Glutamate is the most abundant neurotransmitter found in the central nervous system (CNS). It is essential for learning, memory, and other brain processes, but excessive levels can lead to neurotoxicity. Psychedelics work by binding to glutamate receptors in the brain. This interaction increases the glutamate level in the brain substantially.

Disorganized Activity Across the Brain

Increased levels of disorganized activity in the brain are a side effect shared by many psychedelic medicines. This is one of the reasons why a group of brain structures known as the ‘default mode network’ that is linked with self-conscious and self-focused thinking becomes less active.

According to this hypothesis, psychedelics produce a mystical bond with the world by increasing brain entropy and dampening the default mode network’s ego-sustaining function.

How Do Psychedelics Work in the Brain FAQ

What part of the brain does psychedelics affect?

Hallucinogens, according to researchers, act on neural pathways in the brain, particularly those in the prefrontal cortex, a section of the brain concerned with perception, cognition, and mood.

How do psychedelics interact with the brain?

Psychedelics interfere with the normal functioning of serotonin, dopamine, and glutamate in the brain.

What receptors do psychedelics work on?

According to research, hallucinogens primarily work in the brain’s cortex, where they bind to specific 5-HT2A receptors (2ARs), which are normally activated by serotonin.

Closing on How Do Psychedelics Work in the Brain?

Psychedelics are not only substances to be used recreationally; they offer the opportunity for profound self-exploration and personal growth. Recent research suggests that psychedelics may even have the potential to treat mental health conditions such as PTSD, depression, anxiety, addiction, and more.

As our understanding of their effects on the brain grows, it is likely that psychedelics will play an increasingly important role in psychiatry and psychotherapy. With this shift in outlook on psychedelics will come legalization, and we plan to be at the forefront of this emerging industry as it comes to fruition.

Looking to structure or scale an organization in the psychedelics space? Northstar is ready to help!

Contact us now to speak with one of our experts about how we’ll set your operation up for success!