How to Open a Cannabis Dispensary in New Jersey

You’re curious about how to open a cannabis dispensary in New Jersey. As with any business-minded person, you’ve seen the successful cannabis entrepreneurs in other states, and now that the New Jersey adult-use cannabis market is legal, you’re wondering if you can achieve similar profits.

Opening a cannabis business in New Jersey is an exciting experience. However, it will take some careful planning to ensure success. After New Jersey voted and passed a constitutional amendment legalizing recreational cannabis on November 3rd, 2020, it’s safe to say we can expect big things to come to the Garden State.

This vote was surprisingly supportive of legalization because:

Governor Phil Murphy signed the Jake Honig Compassionate Use Medical Cannabis Act into existence in July 2019. Through this bill, he hoped to make cannabis medical treatment more affordable and accessible. The main highlights include:

New Jersey Dispensaries have also seen some positive legislative changes from this act, including:

How to Open a Cannabis Dispensary in New Jersey: The Potential

Many entrepreneurs want to learn how to open a cannabis dispensary in New Jersey because of the opportunity at hand. MJ Biz Daily reported that it believes New Jersey’s recreational market is an untapped industry that’s bound to be worth between $1.2 and $1.5 billion by 2023. Thus, New Jersey’s cannabis sector could be one of the most significant markets in the US within a few short years.

The Garden State has 9 million residents, and it attracts millions of visitors annually. Let’s not forget about the higher income leading to more disposable income. With this information, there’s no doubt that opening a cannabis dispensary in New Jersey will be one of the most lucrative ventures in the state.

New Jersey also aims to increase its tax revenue substantially with its adult-use market. The state will likely bring in around $300 million in tax revenue annually. But this could be a low-ball statistic. This dwarfs Colorado’s cannabis tax revenue by more than twice as much.

Even though New Jersey has already voted to legalize adult-use marijuana, some local municipalities have banned or restricted these operations. The municipalities anticipated legalization, knowing that they did not want to allow it within their borders.

For this reason, opening a dispensary in New Jersey may prove challenging. Even if it’s a medical cannabis business, you could see some pushback. At this point, we’ve seen 60 municipalities with bans on cannabusinesses.

While you might wonder how to open a cannabis dispensary in New Jersey, you may also be curious about the medical marijuana dispensaries already operating. Since passing the 2010 Compassionate Use Medical Marijuana Act, medical cannabis has been offered to treat patients with cancer, MS, glaucoma, seizure disorder, HIV/AIDS, severe muscle spasm, Lou Gehrig’s disease, inflammatory bowel disease, Crohn’s, and other terminal illnesses. Eventually, PTSD, Tourette’s, autism-related anxiety, Alzheimer’s-related anxiety, chronic pain, and migraines became part of this list.

Even with this being the case, there’s still some information covering the requirements to start a medicinal marijuana business in New Jersey.

NJ medical cannabis licenses have already been given to Alternative Treatment Centers (ATC). These businesses do the following:

How to Get an ATC License in NJ

Applicants for ATC licenses must make two payments with their application. The first is a $2,000 payment; the second is an $18,000 payment. However, the $18,000 payment is refundable if the license is denied.

How to Open a Recreational Dispensary in New Jersey

Now that New Jersey voted with overwhelming support for recreational marijuana legalization in November, we’re still waiting for more insight. This is what we know at this point:

The Requirements to Get a Cannabis Business License in New Jersey

Governor Phil Murphy put the Cannabis Regulatory Commission in place to oversee New Jersey’s cannabis marketplace. This was announced on November 6th, 2020, and Dianna Houenou will serve as chair while Jeff Brown serves as Executive Director. Krista Nash will serve as a commission member for the CRC, as well.

Once New Jersey legalized adult-use cannabis, the state created Bill S21. This bill was meant for the vote on November 21, 2020. However, the vote was delayed. And once the bill was debated for some time, the state legislature and later Governor Murphy approved some bills to regulate cannabis sales for anyone over 21 years of age.

Looking at how the current bills are being debated, we know a few things about the requirements to get a cannabis business license in New Jersey.

For recreational license requirements in New Jersey, the current bill says this will likely become the method:

“Each license application shall be scored and reviewed based upon a point scale with the commission determining the number of points, the point categories, and the system of point distribution by regulation. The commission shall assign points and rank [all] applicants [, from the most to the least points,] according to the point system.”

This point system approach is similar to what we’ve observed happening in other legalized states. The applications are graded using a point system that takes several characteristics into account, including the applicant and his or her team’s expertise, experience, and credentials spanning an assortment of topics.

These are some of the topics you could be graded on:

Besides your direct cannabis expertise, you’ll need to be competent on a wide assortment of topics. The reason? Firm understandings of these topics can assist in running successful cannabis operations in New Jersey, and knowledge gaps can be detrimental to long-term success.

As We have the answers to some of the most common New Jersey cannabis business questions, including:

If you’re considering operating a cannabis dispensary in New Jersey, contact us for CPA expertise to ensure you’re compliant and successful in your endeavor. 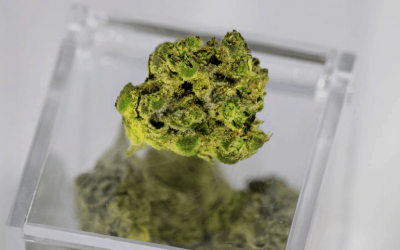 Cannabis Compliance Problems & How to Solve Them

Cannabis compliance problems are the ultimate damper on any business operating in this sector. While countless Americans have been supporting the industry by purchasing cannabis products as they struggle with the pandemic, building and maintaining a cannabis business...

Financing options for cannabis are becoming increasingly common. With so much progress happening in this budding sector, it makes sense that the lenders serving it are offering business operators the chance to finance. Lenders understand how challenging it is to fund... 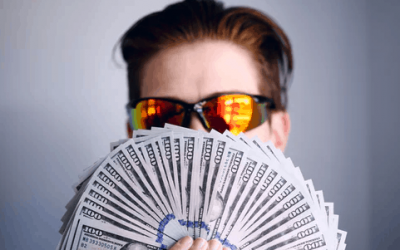 Where Can You Get a Cannabis Business Loan?