Is marijauna legal in Michigan? For the most part, the answer is “yes.’

But what has cannabis legalization in Michigan been like? Was it a quick process, or did it happen over time?

In this post, we address the question, “Is marijauna legal in Michigan” in full to examine how businesses have evolved and will continue their expansion in the Great Lake State.

Looking for help scaling a marijuana business in Michigan? Northstar is ready to help! 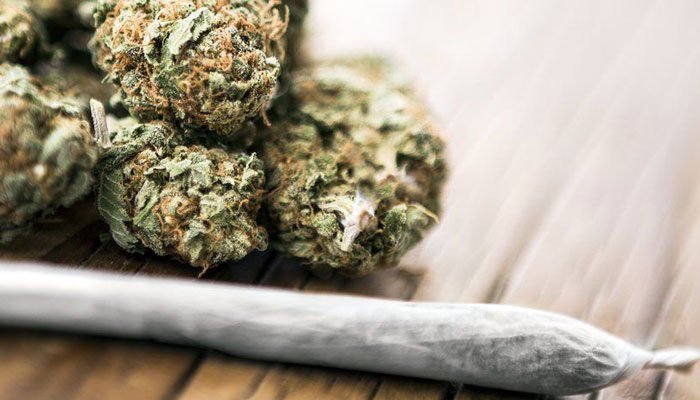 Is Marijauna Legal in Michigan?

Before Michigan legalized marijuana, possession of any amount of cannabis was a misdemeanor offense. This was punishable by as long as a year in prison and a $2,000 fine. However, the actual use offense used to be punishable by as much as 90 days in jail and $100 in fines.

Selling and cultivating cannabis was a felony charge. This could have gotten individuals up to 15 years in prison and up to $10,000,000 in fines. But this all depended on the number of plants the person was growing and the amount of usable cannabis he or she sold.

Before Michigan cannabis legalization, cities throughout the state decriminalized cannabis. Some even de-prioritized the enforcement of marijuana laws.

Medical marijuana legalization in Michigan happened with the passage of Proposal 1. This is the Michigan Compassionate Care Initiative that was passed on November 4, 2008. With this measure, possession of up to 2.5 ounces of marijuana became legal for patients who have specific medical conditions after obtaining approval from a physician.

However, this legislation did not say anything about letting dispensaries operate. But patients and their caregivers were given permission to grow up to 12 marijuana plants.

This measure was not fully supported by law enforcement officials. Nor was it supported by John P. Walters. However, the measure was approved by a 63-67 margin. This made Michigan the 13 state to legalize marijuana for medical utilization.

By February 2013, the Supreme Court of Michigan ruled that the 2008 initiative didn’t permit medical cannabis dispensaries to operate in the Great Lake State. Thus, there were between 75 and 100 dispensaries operating illegally at that point.

By September 2016, Governor Rick Snyder signed several reforms into law. These permitted medical cannabis dispensary operation and regulation and set a tax rate of 3% on medical marijuana. He also signed a reform that permits topical and edible cannabis forms.

During November 2017, cannabis legalization proponents submitted 365,000 signatures that would ultimately allow a marijuana legalization measure on the 2018 ballot. Then, in April 2018, it was announced that supporters had enough valid signatures to make it to the ballot.

However, in June 2018, Michigan lawmakers decided to decline the option to pass the measure on their own. This sent the measure to the November ballot. Then, on November 6, 2018, Proposal 1 was approved by Michigan voters by a 56-44 margin. Michigan is now the 10th state to legalize adult-use marijuana.

With the Michigan Regulation and Taxation of Marihuana Act, people 21 years of age and older are allowed to possess up to 2.5 ounces of marijuana in public. They can also have up to 10 ounces and cultivate up to one dozen plants at their residence. Furthermore, this act set up a system for state-licensed cannabis cultivation and distribution.

The sales of these operations are subject to a 10% cannabis excise tax, as well as the state’s 6% sales tax. This law became effective on December 6, 2018. But it wasn’t until December 1, 2019, that dispensaries were open to the public.

Can you own marijuana plants?

In Michigan, cannabis consumers can own marijuana plants. They’re allowed to grow up to 12 plants at their home and can hold onto 10 ounces of marijuana at their residence, as well.

Michigan has allowed medical marijuana since 2008. Over the years, the rules have changed around this space. However, MMJ patients in Michigan have access to their cannabis treatment.

So, Is Marijauna Legal in Michigan?

For those of you who skimmed this post and want a quick summary, the answer is “yes.” Marijauna is legal in Michigan for medical and recreational consumption. Consumers can purchase marijuana at a dispensary, grow and possess cannabis, and keep up to 10 ounces of product at home.

Equally important to note is that legalization has brought on a green rush in Michigan. Thus, for ganjapreneurs in this state’s space, the market has observed tremendous growth since legalization.

Michigan’s cannabis industry was worth around $3.1 billion in 2020, with retailers reporting sales of around $1.0 billion. But this doesn’t take into account the non-retail sources, including medical caregivers, home cultivation, and illicit black market cannabis sales.

Looking to scale your Michigan cannabusiness? Northstar is here to help!

Contact us now to speak with one of our experts about how we’ll grow your operation in Michigan’s budding cannabis space.