Whether you’re a consumer interested in recreational or medical marijuana or an entrepreneur looking to get involved, you’re likely wondering if marijuana is legal in New Jersey.

Yes! New Jersey recently legalized recreational marijuana, and medical marijuana has been legal for quite some time.

For those looking for a simple answer – yes, marijuana is legal in New Jersey. But this hasn’t been the quick and easy win consumers and ganjapreneurs wanted.

There was a failed bid to legalize marijuana for recreational purposes in the state legislature. After this failure, a statewide ballot question received overwhelming approval from voters. But then, we observed disputes regarding how to implement a new system.

Governor Phil Murphy signed three new laws for marijuana legalization in the Garden State. Not long after, New Jersey’s CREAMMA was issued to outline the state’s regulations. But New Jersey’s marijuana laws are still in their infancy.

New Jersey residents and business owners alike are waiting for these marijuana laws. Once this new system is implemented, consumers will be able to legally purchase marijuana from legal cannabis businesses operating within the state.

But for now, we need to understand all sides of the legal marketplace, policing, and expungement as the state has passed reform bills that focus on social, racial, and economic justice.

Thinking about starting or scaling a cannabis business in New Jersey? Northstar is here to lead the way!

Our experts are here to support your goals and thrive in New Jersey’s medical and adult-use cannabis space. Contact us now to learn how we’ll guide your operation’s success! 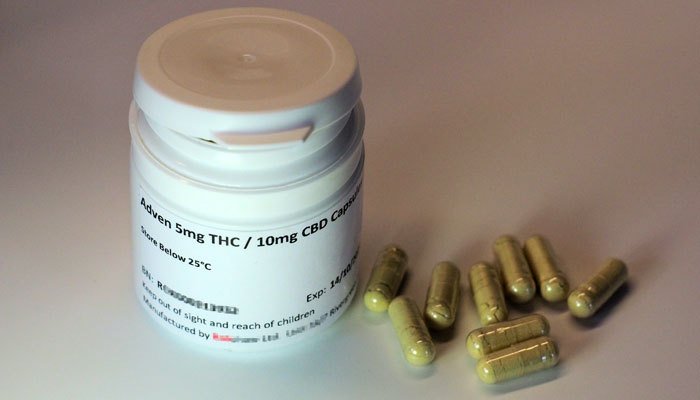 Legal marijuana is nothing new for New Jersey. Despite recent recreational marijuana legalization, New Jersey’s Medical Marijuana Program has been operating for nearly a decade now. But this didn’t happen without some complications.

The New Jersey Compassionate Use Medical Marijuana Act (CUMMA) was passed in January 2010. Governor Jon Corzine signed it into law on January 18, 2010. However, the law was put on pause after Governor Chris Christie came into office the following day.

Governor Christie then signed S 2842 into law on September 10, 2013. This allows cannabis in edible forms for registered patients younger than 18 to consume.

Years went by, and on June 2, 2019, Governor Phil Murphy signed A 20. This law, also known as Jake’s Law – named after Jake Honig, a pediatric patient who had been using medical cannabis as part of his cannabis treatment. Through this bill, New Jersey medical marijuana laws now include provisions for home delivery, increased cannabis amount allowances, and expanded access with more cultivators, manufacturers, and retailers. 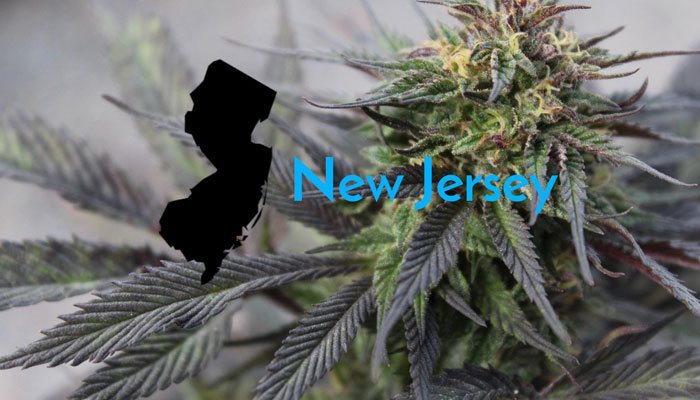 The Marijuana Legalization Amendment was approved on November 3, 2020. The amendment allows residents 21 years and older to legally possess and consume the plant for recreational purposes.

Besides marijuana possession and consumption, these indefensible marijuana laws impose a New Jersey state sales tax rate of 6.625% on all purchases of adult-use cannabis. It also allows local municipalities to impose an additional 2% tax on legal weed (recreational cannabis).

New Jersey patients will still be able to buy legal weed without worrying about contributing to the state’s sales tax revenue. This ensures all patients, including but not limited to terminally ill patients, can consume medical marijuana in New Jersey without inflated costs.

After a few months of determining the details, politicians working on the details of marijuana in New Jersey came to some decisions. On February 22, 2021, Governor Phil Murphy signed into law the New Jersey Cannabis Regulatory, Enforcement Assistance, and Marketplace Modernization Act.

Up to Six Ounces

Through these laws, up to 6 ounces of cannabis flower became legal to possess. Those who consume cannabis hash are allowed to possess up to 17 grams at a time, as well.

The bills signed will also implement a framework New Jersey voters will appreciate. These regulations will encourage the success of cannabis in New Jersey by creating an inclusive marijuana marketplace.

Furthermore, Governor Murphy signed A1897. This bill reduces penalties for possession of up to 6 ounces of cannabis and 170 grams of hash. Minors on their first offense will now receive a written warning instead of facing criminal charges over marijuana products.

Now that marijuana is legal in New Jersey, these written warnings will ensure that Jersey’s broken system no longer ruins the lives of young people. Rather than being charged with a fourth-degree crime over a minor offense, minors will receive warnings to discourage underage marijuana use without damaging youths’ futures.

Cannabis legalization in New Jersey is a monumental win for marijuana decriminalization activists. Law enforcement and its police officers had been disproportionately targeting members of black and brown communities.

Eventually, the criminal penalties will be expunged. But because of the damage done by prohibited cannabis in New Jersey, the social justice aspect of recreational sales is a major component of the new law.

The bill signed into law also includes helping communities most impacted by the War on Drugs. This ensures that business licenses will go to those in minority-owned and women-owned businesses first.

The black and brown individuals trying to rebuild their lives after being convicted of marijuana possession or distribution charges under prohibition have now been given an opportunity to succeed in the new recreational cannabis marketplace.

As for businesses, the industry’s anticipated millions of dollars in medical marijuana sales will quickly become millions of dollars in recreational weed sales. With these estimates (and tax revenue), we can only hope that the New Jersey legislature and governors continue to build a functional and cohesive marijuana market that will keep cannabis alive.

Medical cannabis will still thrive in New Jersey. But with the constitutional amendment enabling legislation that focuses on improving the state’s recreational sector, we expect positive change to continue in the Garden State. 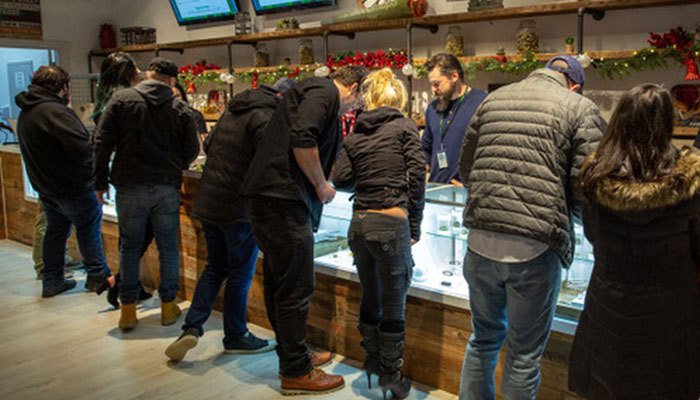 How Legal Cannabis Will Impact Residents

Cannabis consumers can still buy medical marijuana from Alternative Treatment Centers throughout the state. However, they will still need to get a physician’s recommendation.

For medical marijuana patients, there’s a 4 percent sales tax on marijuana products. But this tax is set to be removed by July 2022.

Patients and caregivers are still allowed to buy up to 3 ounces of medical cannabis each month. For terminally ill patients and patients under hospice care, there is no monthly limit. 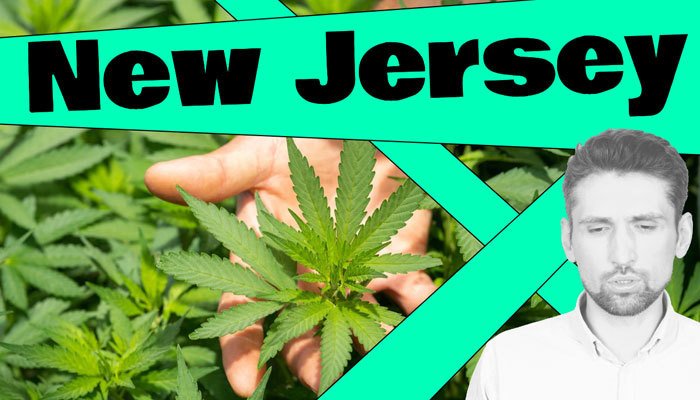 For business operators in New Jersey, the market share is growing exponentially. As more adults and medical marijuana patients decide to delve into the legal market, the opportunities for business owners continue to expand.

While New Jersey consumers can consume cannabis on private property (in their homes), dispensaries are allowed to have consumption areas for patients. Medical marijuana smoking is actually regulated the same way as tobacco smoking.

How do you open a medical marijuana dispensary in New Jersey?

You can’t, at least not at this point. The program started in 2010 and offered vertically integrated Alternative Treatment Center licenses. These licenses permitted cultivation, processing, and dispensing of medical cannabis to qualified patients. So far, the state has given six licenses in 2011 and six more in 2018.

The NJDOH isn’t accepting applications for new Alternative Treatment Centers at this point. But other opportunities exist!

With this endorsement, an ATC licensee can possess, cultivate, and package cannabis. They can also distribute or sell cannabis to other ATC endorsement holders. However, they cannot sell product directly to registered patients.

At this point, we still do not know how many recreational marijuana business licenses will be available in New Jersey. Despite the fact that the amendment does mention marijuana businesses, the state has not released the specifics just yet.

The Cannabis Regulatory Committee will have to establish and oversee the rules and regulations for the state’s recreational program. This regulatory agency will decide on what limitations and details will be involved in recreational marijuana business licensing.

This individual or entity must hold a Class 1 Cannabis Cultivator License, and the state limits its license distribution to 37 cultivation licenses for the first 24 months.

Cannabis delivery service licensing gives a person or entity the ability to provide delivery services for consumer cannabis purchases and related supplies. This involves fulfilling orders for a cannabis retailer, allowing these operations to deliver cannabis items directly to consumers.

The person or entity operating as a cannabis delivery service in New Jersey must hold a Class 6 Cannabis Delivery License.

A license holder is also allowed to temporarily store cannabis or cannabis items if it has to do with transportation activities. The person or entity must hold a Class 4 Cannabis Distributor License.

Cannabis processors work directly with cannabis items in New Jersey. This involves buying or otherwise receiving cannabis, preparing, manufacturing, and packaging cannabis items, as well as selling and potentially transporting the products. However, this cannot involve direct contact with consumers.

Cannabis processors in NJ must hold a Class 2 Cannabis Processor license. This entity can also be thought of as a cannabis product manufacturing facility.

The cannabis comes from cultivators, and the cannabis products come from manufacturers or cannabis wholesalers. This business sells or distributes these products to consumers from a retail operation.

Retailers can use cannabis delivery services or a certified off-site deliverer to get products and supplies to consumers. Cannabis retail operations must hold a Class 5 Cannabis Retailer license.

Cannabis wholesalers buy, store, sell, transfer, and potentially transport cannabis products for the purpose of reselling them. These entities do not sell directly to consumers, and they must have a Class 3 Cannabis Wholesaler license. 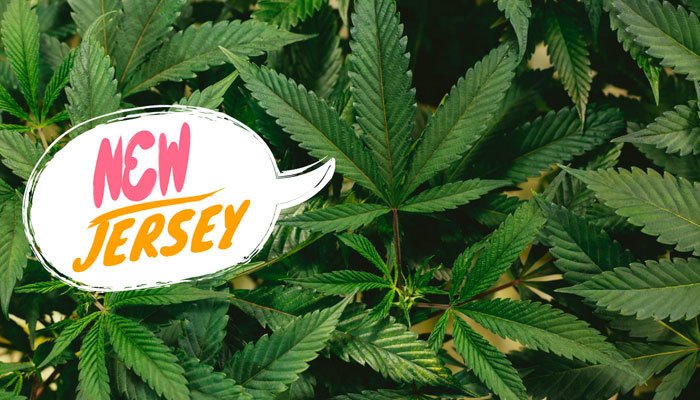 Medical and recreational marijuana are both legal in New Jersey. So, if you’re looking for a budding marketplace to conduct business, this is the state to start!

Looking to start or scale a cannabusiness in New Jersey? Northstar is ready to guide your success!

Contact us now to speak with one of our experts about how our financial services will enhance your operation in this budding space!