Is pot legal in Michigan? This post will explain the legality of cannabis in Michigan and other key considerations for consumers and entrepreneurs operating in this budding space.

The legalization of cannabis is an ongoing controversy throughout the United States. There is increasing pressure on government officials to legalize marijuana, due to its therapeutic effects and benefits.

However, there’s also opposition towards the legalization of cannabis; their argument is that marijuana is a gateway drug for harder more harmful drugs like cocaine, methamphetamine, etc. (which is unproven, of course).

So is pot legal in Michigan? Yes, cannabis is legal for medical and recreational use.

But what are the details of cannabis legalization in Michigan? Keep reading to learn all about this legal sector. 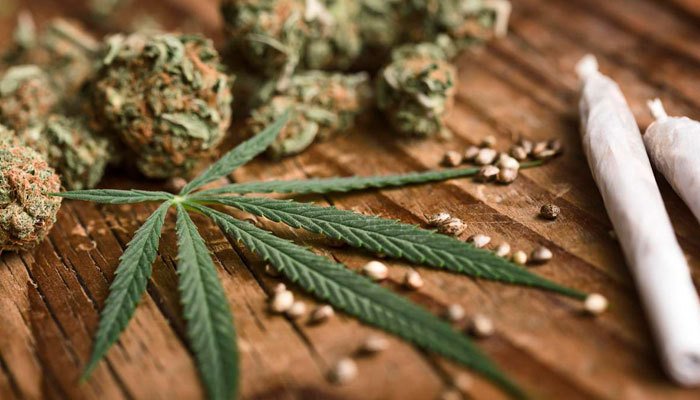 A Brief History of Pot Legalization in Michigan

However, it wasn’t until late 2018 that Michigan legalized recreational pot. This made the Great Lake State the first Midwestern state to make recreational marijuana legal. But there are still many regulations surrounding the plant’s sales, consumption, cultivation, manufacturing, and more.

The state is still imposing strict regulations on the legal cannabis industry, which is expected to expand in time. But Michiganders have access to both medical and recreational pot at this point.

Michigan law has rules in place for possession. For example, consumers can only have up to 10 ounces of cannabis at their residence. And if they want to bring their pot out in public, they can only carry up to 2.5 ounces at a time.

Equally important to remember is that some Michigan locations are under federal jurisdiction. This means pot is not legal to have on hand at these places. For instance, if you’re in an airport in Michigan, you cannot have pot on your person. Nor can you consume or have pot in government buildings or prisons.

Laws in Michigan limit pot around children, too. This means no cannabis at schools or on school buses.

Is Pot Legal in Michigan FAQ

When can you buy pot in Michigan legally?

You’ve been allowed to purchase pot in Michigan legally since December 1, 2019. This is when Michiganders 21 years of age were given the ability to legally buy recreational cannabis from licensed retail operations.

Yes, marijuana is legal in Michigan in 2021. Adults 21 years of age or older are allowed to use cannabis in the Great Lake State. However, keep in mind, cannabis consumption is not allowed in public. So, if you plan to consume, do so in a private residence or space.

Is pot growing legal in Michigan?

Patients and caregivers can obtain medical marijuana cards in Michigan. However, these individuals must be Michigan residents. MMJ cardholders have been allowed to grow cannabis at home since 2008, and now that marijuana is legal for adult-use, residents 21 years of age or older can also grow up to 12 plants at their residence.

Can anyone buy from a dispensary in Michigan?

Dispensaries in Michigan, also called provisioning centers, will sell to Michigan residents who hold a state-approved medical marijuana patient card. However, adult-use marijuana is also for sale to anyone 21 years of age or older.

Concluding on Is Pot Legal in Michigan

So, is pot legal in Michigan? Yes, it is, and if you’re considering working with cannabis in the Great Lake State, there are many opportunities available to you.

Also, as a consumer, keep your cannabis legal by staying within the possession and personal amounts set out by law. And remember that some locations across the state, including airports and government buildings, are under federal jurisdiction.