Is recreational marijuana legal in Ohio? Not yet. But this state is making some serious progress.

We believe it’s possible that the Ohio marijuana legalization status will change for the better at some point in 2022. So, in this post, we’ll discuss the topics surrounding the question, “Is recreational marijuana legal in Ohio?”

Looking to start, structure, and scale a legal recreational marijuana business in Ohio? Northstar’s team is ready to help!

Contact us now to speak with one of our experts about how we’ll establish your operation and grow it with proper financial reporting, tracking, and data. 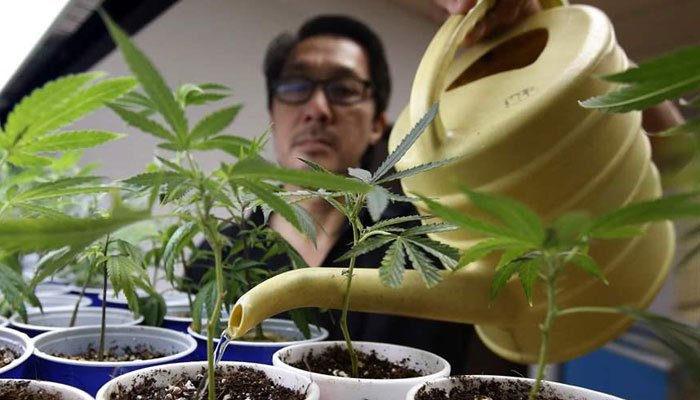 You might have heard about the efforts for Ohio legalization in November 2021. However, it did not pass.

The efforts for legalization in November 2021 would have made cannabis legal for adults 21 years of age and older. This was Republican legislation that came into the Ohio House. It would have levied a 10% sales tax on cannabis products.

Through this legislation, Ohio facilities that currently produce and process medical cannabis would be allowed into the program immediately. New producers would have to come into the marketplace to meet the demand Ohio expected.

The legislation would have allocated a quarter of the sales tax revenue towards police department funding budgets, allowing it to buy equipment to be used in detecting driver impairment. Then, the state would’ve dedicated another quarter to addiction and recovery programs. The other half of this revenue would not have an earmark, allowing the state to use it in case of economic hardships.

The additional funding would have been placed in a general revenue fund. With it, the Legislature could have had more financial stability without the need for tax increases.

This came a few years after Ohio legalized medical cannabis in 2016. The program did not get implemented until 2019. But in 2021, the Ohio Board of Pharmacy voted to offer 73 dispensary licenses, adding to the 52 that currently conduct business in the state. The board also amended the rules for medical marijuana patients; it added chronic migraines, arthritis, and complex regional pain syndrome to the illnesses that allow the purchase of medical marijuana.

While Ohio legalization didn’t happen in 2021, we’re hopeful that things will change for the better in 2022.

The 2022 Ohio ballot will include the option to legalize. This Ohio Marijuana Legalization Initiative could be on the Ohio ballot as an indirectly initiated state statute on November 8, 2022.

Through this measure, state law would permit recreational marijuana cultivation, sales, purchases, possession, processing, consumption, and home cultivation. Those 21 years of age or older would be allowed to have as much as two and a half ounces of marijuana and up to 15 grams of concentrated marijuana. Home grows would be allowed to have up to six plants for a single person or up to twelve plants on one property for two or more people.

Similar to the 2021 initiative, this one would enact a 10% cannabis tax rate on recreational cannabis sales. It would also put revenue towards funding “a cannabis social equity and jobs program” that aims to give “assistance and license application support to individuals most directly and adversely impacted by the enforcement of marijuana-related laws.” Through this initiative, a community cannabis fund would also be started, along with the Division of Cannabis Control for oversight and the substance abuse and addiction fund.

The Ohio Adult Use Act, titled “An Act to Control and Regulate Adult Use Cannabis,” focuses on enacting Chapter 3780 of the Ohio Revised Code in regards to the control over authorizing and regulating adult-use cannabis cultivation, sales, purchases, processing, home grows, and consumption by adults 21 years of age or older.

If this act is passed, it will levy a 10% excise tax on the sale of adult-use cannabis. The revenue generated from the excise tax would go towards funding initiatives such as public safety, addiction and recovery programs, and more.

Ultimately, the Ohio Adult Use Act is a step in the right direction on several levels. For starters, the tax revenue has the potential to help society. Between funding programs and financing the police while offsetting economic hardships, this Act gives the public every reason to vote “yes.”

Furthermore, the Act helps those who have been disproportionately harmed by cannabis prohibition. The social equity and jobs program is specifically designed to give assistance to these individuals, which is a much-needed step in the right direction.

Our hope is that Ohio recreational marijuana will become a regulated market comparable to alcohol. The system is currently broken, and implementing this Act will give local control while ensuring marijuana stays out of reach of children.

So, Is Recreational Marijuana Legal in Ohio Yet?

So, is recreational marijuana legal in Ohio yet? Not quite, but it looks like things are moving in the right direction. There are several initiatives that are making their way through the system, and we hope that one of them will be successful in legalizing recreational marijuana in 2022. Until then, be sure to stay updated on the latest news and information!

Contact us now to speak with one of our experts about how we’ll structure and scale your operation in Ohio with proper financial reporting and data.