Is weed legal in Missouri? Cannabis was decriminalized with some legislation that was passed in 2014.

Medical use marijuana was also legalized in 2018. This happened through a ballot initiative that amended the state constitution. However, it wasn’t until October 2020 that the first licensed sales of medical marijuana in Missouri began.

But what about in the present? Is weed legal in Missouri? Or is it still criminalized?

In this post, we examine everything surrounding the question “is weed legal in Missouri” and offer insights into some of the most frequently asked questions surrounding this question.

Looking for help scaling a cannabis business in Missouri? Northstar is here to help!

Contact us now to speak with one of our experts about how we’ll grow your cannabis operation in Missouri with the right financial insights and data! 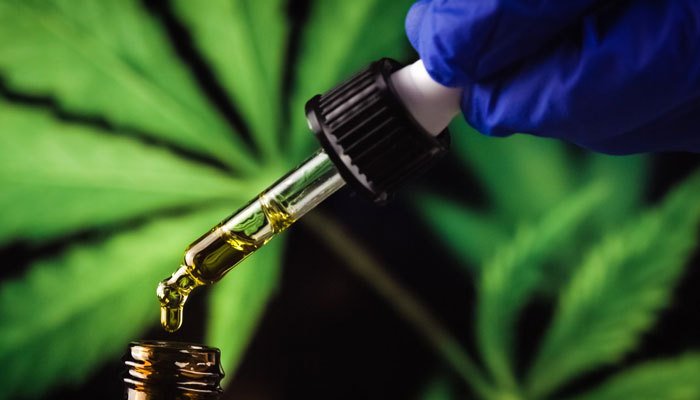 So, Is Weed Legal in Missouri?

Back in May of 2014, SB 491 was passed. This bill lessened penalties for specific cannabis-related offenses. Mainly, it no longer threatened jail time for first-time possession convictions of as much as 10 grams.

Furthermore, this bill reduced the penalties for convictions related to selling and cultivating cannabis in Missouri. It also got rid of the ban on probation or parole for those who have been convicted of a drug felony for the third time. This passed the Senate with a whopping 29-2 vote and the House with a 140-15 vote. Then, Governor Jay Nixon signed SB 491 into law. However, it didn’t take effect until the start of 2017.

While SB 491 lessened cannabis-related penalties, those who are caught in possession of a small amount still face misdemeanor convictions. Thus, the National Organization for the Reform of Marijuana Laws sees Missouri as only having partially decriminalized cannabis.

Is CBD Oil Legal in Missouri?

Governor Jay Nixon signed House Bill 2238 into law in July of 2014. This is known as the Missouri Medical Marijuana Bill, and it aims to legalize CBD oil utilization for persistent seizure treatment.

Through this law, the Department of Agriculture can grow industrial hemp for research purposes. It also allows hemp extract use for treating some patients who have epilepsy. Patients are eligible only if a neurologist determines that the patient’s epilepsy remains unresponsive to a minimum of three treatment options.

The law solely permits hemp extract. These extracts must contain a minimum of 5% cannabidiol (CBD) and 0.3% tetrahydrocannabinol (THC) at most. Then, in February 2015, Missouri gave licenses to two non-profits, allowing them to grow the cannabis needed to product the CBD oil.

Is Medical Cannabis Legal in Missouri?’

The answer to the question, “is medical cannabis legal in Missouri” is yes. Medical marijuana was legalized across the state through a ballot initiative that amended the state constitution in 2018.

However, this didn’t take effect until October of 2020. Nonetheless, before then, there were legal issues surrounding how medical marijuana could be used and distributed because it was not written into the state’s law.

The ballot measure was approved by Missouri residents with 66^ of the vote in favor of legalizing medical cannabis in Missouri. Through this measure, qualified patients are allowed to grow up to six marijuana plants and buy a specific amount of cannabis monthly, which will be set by state regulators.

Through this measure, a tax rate of 4% on medical cannabis sales was set, allocating these proceeds towards services for military veterans. However, the law only lists several qualifying conditions, along with any “chronic, debilitating or other medical condition” a physician deems would benefit from medical cannabis treatment.

Is Weed Legal in Missouri FAQ

Patients are allowed to grow weed plants and possess small amounts of cannabis without worrying about citations from the St. Louis Police. However, marijuana is still not legal in the city. Through Board Bill 132, the city repealed three outdated ordinances, which did everything but legalize small amounts of marijuana possession in this city.

Does Missouri have recreational dispensaries?

As of now, Missouri has not legalized recreational marijuana dispensaries. However, we remain hopeful for the future as the Legal Missouri ballot initiative currently has financial backing from various medical marijuana license holders.

Do you need a medical card for weed in Missouri?

Yes, to purchase cannabis products in the state of Missouri, you must obtain a medical card. This involves getting certified in the state by a registered medical marijuana physician to get your legal access to dispensary products throughout the state.

How much weed can you have in Missouri with a medical card?

Patients and their caregivers are allowed to buy medical marijuana from Missouri licensed dispensaries after presenting their DHSS-issued ID card. Furthermore, patients who qualify – and their caregivers – can buy up to four ounces of dried, unprocessed cannabis or the equivalent during each 30-day period.

Concluding on Is Weed Legal in Missouri

So, is weed legal in Missouri? Yes, to some degree. However, the law remains in a grey area and certain cities and counties still apply their own laws against marijuana use.

As more states continue to make progress with their legalization efforts, we expect the legal status of weed in Missouri to change for the better. Ultimately, we believe weed will be federally legalized, making Missouri residents eligible to pursue these products for both medical and recreational use in the future.

Looking for help scaling a Missouri cannabis business in time for recreational legalization? Northstar is ready to help!

Contact us now to speak with one of our experts about how we’ll organize your operation and use data insights to grow your business with your success in mind.