Marijuana-specific accounting laws make handling the financials of these operations more complex. But one of the most notorious is a rule that many don’t understand: Internal Revenue Code Section 280E.

280E is an outdated code that impacts those operating in the legal marijuana industry. While the space remains federally prohibited, many states have taken steps to create their own legal, legitimate marketplaces.

This is where the trouble becomes apparent.

Keep reading to learn all about 280E, one of the most well-known and misunderstood marijuana-specific accounting laws in existence.

What is the Safe Banking Act 280E?

The Safe Banking Act 280E, also known as IRS Code Section 280E was created to force drug dealers, who were organizing themselves along the lines of corporations, out of business by removing their ability to deduct any expenses from their income.

Through 280E, the federal government made it illegal for businesses to deduct their business expenses – besides the cost of goods sold – from their income if the taxpayer’s operation is involved with the trafficking of Schedule I or II substances, as outlined in the Controlled Substances Act.

Love this post? Make sure to check our other article about 280E taxes and cannabis accounting out before you go!

What are the Effects of 280E on Marijuana Operations?

Therefore, anyone operating a legal cannabusiness is unable to deduct these costs that are necessary to run said business.

The cost of goods sold can still be deducted. But this is still a serious challenge for legal cannabis operations, especially when considering the lack of limitations and taxation experienced by the legal space’s main competitor: the black market.

While 280E was designed to have an adverse impact on illegal drug dealers, it’s having a comparable effect on legal marijuana industry participants. 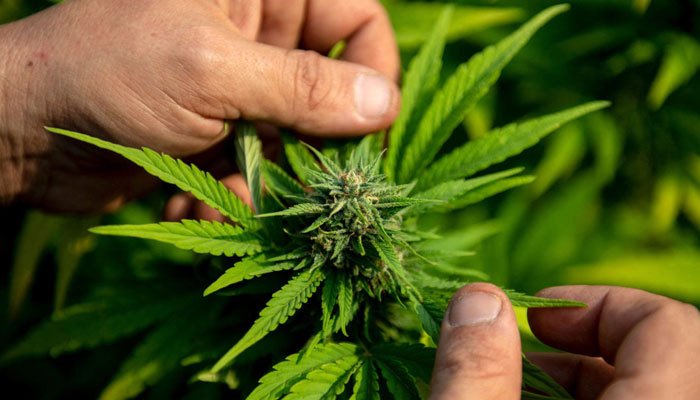 Since dispensaries are selling a federally illegal substance, they’re unable to take deductions related to their business expenses other than the cost of goods sold. This means the only deduction available is the cost of the marijuana itself, which doesn’t come close to hitting their real bottom line.

Since CBD and hemp became federally legal with the introduction of the 2018 Farm Bill, those operating in the space and selling CBD products can now claim deductions related to their business expenses. These deductions were previously not possible for those involved in the CBD industry.

When it comes to federal taxes, it’s easier for CBD and hemp businesses to take deductions because these operations don’t face the same level of discrimination as dispensaries serving THC products. Now that CBD and hemp are no longer considered Schedule 1 controlled substances, marijuana-specific accounting laws like 280E don’t always hinder CPAs.

280E for growers impacts this stage in the supply chain and every other stage thereafter. All medical and recreational marijuana businesses that touch the plant and its products throughout the supply chain, including cultivators, feel the strain from 280E.

280E for growers isn’t the same as for cannabis dispensaries. Since cannabis retail operations are more directly focused on trafficking or selling marijuana, growers have more expenses surrounding cannabis product production, which are permitted under 280E.

What Happens if 280E Isn’t Followed?

According to Section 280E, any person or business that is trafficking in Schedule I or II drugs and receives an income from such operation will only be taxed on the net income they make. This essentially takes any deductions they would have made had they been legally allowed to deduct their business expenses from their total income.

The federal government doesn’t recognize the legality of the states’ marijuana enterprises, which means even if you’re following 280E to a tee, your operation could still fall under scrutiny.

Even if you’re not violating Section 280E, but are still subject to IRS audits, our cannabis CPA firm is equipped with full-service expertise to provide valuable insight into ways your company can reduce its tax burden.

How marijuana-specific accounting laws like 280E affect the legal cannabis industry has yet to be fully realized. But it’s certain that these laws, along with over taxation and regulations, have damaged the legal cannabis space tremendously.

Besides the difficulty cannabusinesses have getting started and raising money to finance, these operations are forced to pay an effective tax rate that’s three-and-a-half times more excessive than comparable businesses operating in other industries.

Since these businesses cannot deduct cannabis selling-related costs, they effectively get taxed more than those operating outside of the legal cannabis space. These non-deductible costs include technology, accounting services, rent, employee wages, and more.

While unlikely, IRS audits happen. The majority of these cases focus on dispensaries. Since the IRS can audit returns and documentation from many years ago, it’s possible for cannabusinesses to get penalized for back taxes.

Thus, it’s essential for cannabis operations to have a reliable, knowledgeable cannabis CPA firm that understands how to comply with 280E tax law. The most important thing here is understanding how we can maximize your deductions permitted for every taxable year.

Marijuana-specific accounting laws like 280E can feel like a lead weight on marijuana entrepreneurs. But it doesn’t have to be.

With the right cannabis CPA firm by your side, you can take advantage of all kinds of deductions and reduce your tax burdens now and in the future.

At Northstar, we specialize in helping cannabis business operators maintain compliance while maximizing deductions. Contact us now to speak with one of our experts about how we’ll scale your operation and lessen your tax burdens.