But there’s even more exciting news with the recent announcement about the access researchers have been granted – to $20 million of Michigan’s marijuana tax revenue!

Researchers analyzing marijuana treatment efficacy for veterans’ mental health now have access to millions that have been collected in marijuana tax revenue. This will be used to fund clinical trials in the state, allowing the industry to progress in a way that supports our veterans.

In this article, we cover the Marijuana Regulatory Agency (MRA) and how it’s supporting veteran mental health through a new request for proposals. The value here is incredible, and it’s worth learning more about this unique demand for research, as well as how your cannabis business might fit in with the growing need for veteran medical marijuana in Michigan!

Have a marijuana business operating in Michigan? Contact us today to learn more about how we can help organize and scale your operation!

Michigan’s Marijuana Regulatory Agency (MRA): What Does It Do?

In 2019, Governor Whitmer’s executive order established the MRA within the Department of Licensing and Regulatory Affairs (LARA). Through this order, he combined the previous functions, authorities, and duties to efficiently manage medical and adult-use marijuana through the MRA.

“I’m confident that the MRA is prepared to implement a fair and effective regulatory structure that protects Michiganders while providing an opportunity for businesses of all sizes to thrive,” explained Gov. Whitmer. “Having a single state agency dedicated to administering all state laws relating to marijuana will allow Michigan to continue to lead the nation in this emerging industry.”

Since then, the dedicated MRA staff have committed to stimulating business growth while ensuring safe consumer access to marijuana. This has involved processing over 180,000 applications for marijuana registry cards and handling the backlog of 800 marijuana facility license applications in just one year.

Now, the MRA is setting its site on improving the cannabis industry by using Michigan cannabis tax revenue to fund research. So far, the agency has issued a request for proposals for the 2021 Veteran Marijuana Research Grant Program on Tuesday, June 1. The deadline for proposals is Friday, July 16. 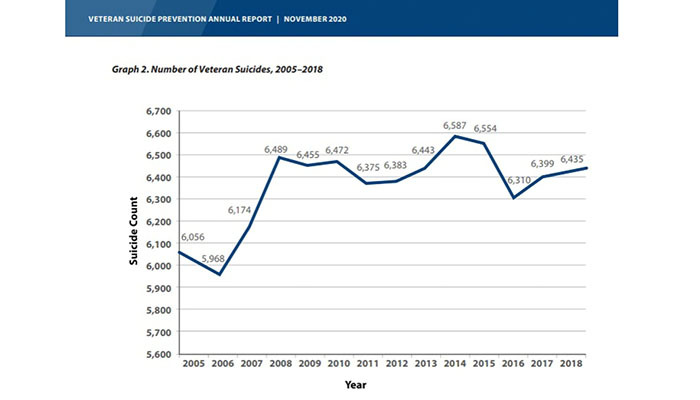 More on the Problem

Even with public attention and funding increasing to resolve the rate of suicide among veterans, the problem has continued to grow worse. The present conditions don’t highlight how it relates to the COVID-19 pandemic, and mental health experts believe that this could result in an increase in mental distress and self-harm among veterans.

We see many public figures and public awareness campaigns highlighting the figure “20 a day,” referencing the number of veterans committing suicide daily. However, VA officials offered some clarification in 2020, outlining that this includes active-duty troops, as well as reservists and guardsmen.

In one statement, VA Secretary Robert Wilkie claimed that even though there hasn’t been much progress in suicide prevention among veterans, there have been some areas of improvement.

“The data shows the rate of suicide among veterans who recently used VA health services has decreased, an encouraging sign as the department continues its work and shares what we learn with those who care for and about veterans,” he explained.

However, Michigan is making additional efforts by putting $20 million towards research to uncover the role marijuana will play in decreasing the suicide rate among veterans in the U.S. 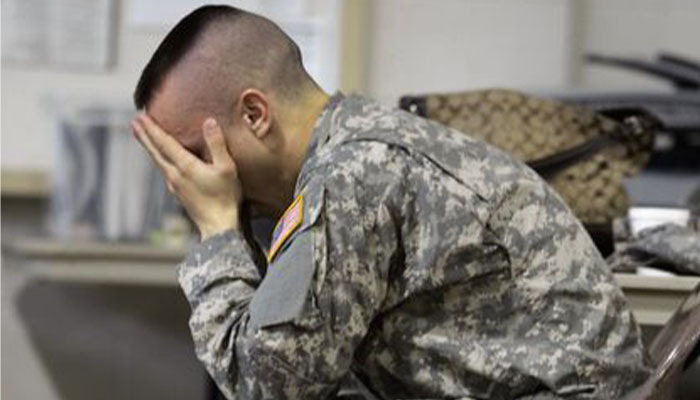 $20 Million Allocated Towards Research: The Reason

Michigan voters legalized recreational marijuana in 2018. When this happened, they also mandated that “until 2022 or for at least two years,” $20 million in Michigan marijuana tax revenue will go towards research.

Clinical trials that focus on treating veterans for pain and PTSD with marijuana will receive $20 million in funding. These studies will analyze how the plant impacts suicide rates among military personnel.

According to the U.S. Department of Veteran Affairs, veteran suicides account for approximately 14% of the suicides that occurred in America in 2018. Fortunately, legal cannabis sales have been impressive, to say the least, allowing the state to fund essential studies that focus on uncovering what marijuana’s role could be in lessening this prevalence.

From December 1, 2019 – the day legal sales started in Michigan – to September 30 at the end of the 2020 fiscal year, the state’s cannabis sector experienced over$300 million in sales. With these sales, the government collected $31 million in recreational marijuana excise tax revenue for 2020. After adding the application and licensing fees, this totaled $45.7 million.

Then, in March, the MRA and the state Treasury discussed how the state would distribute around $45 million of tax, application, licensing, and renewal revenue collected from adult-use marijuana sales. Initially, the agencies did not allocate any of this money towards clinical trials.

However, at that point, the MRA claimed it would put $20 million towards research. Recently, the agency opened the grant request process with the mission to begin the research program by July 30. 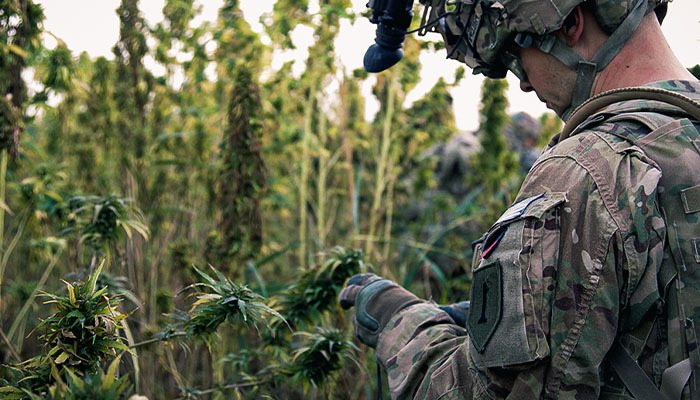 Michigan’s veteran population is massive, with 634,000 veterans accounting for 8.8 percent of the state’s adult population. As more research reveals how veterans can use marijuana to treat a wide assortment of suicide-related mental health illnesses, several cannabis businesses stand to benefit.

For starters, dispensaries will distribute products to veterans. Offering special veteran discounts could be profitable, and it’s encouraged. Veterans deserve accessible medicine, and with this access comes a host of businesses supporting it.

Cultivators in Michigan can focus on growing and crossbreeding strains that offer specific cannabinoid concentrations known to help with veteran mental health. Furthermore, we can expect some veterans to become home growers, which offers opportunities to shops specializing in home cultivation setups.

Extractors will also have the opportunity to adequately serve this market. It’s legal for adults to possess and transfer up to 15 grams of concentrate to other adults in Michigan. With this being the case, some veterans will want to consume cannabis as a concentrate.

Manufacturing facilities can also cater to veterans by producing products designed to combat mental health issues. Ultimately, your operation, regardless of what niche within the cannabis space you’re in, can work on serving this market as more research reveals the truth about how marijuana can help veteran mental illness.

Cannabis in Michigan has been successful. But the MRA is focusing on expanding this progress in a way that will benefit veterans.

While the MRA focuses on gaining more insight into how marijuana can help decrease the suicide rate among veterans, the state will need support from businesses. Whether this means producing or distributing products that aim to help veterans or offering discounts for these brave heroes, you can do your part to ensure veterans have access to products that will help them.

Interested in scaling your cannabis operation in Michigan? Contact us today for expert assistance in organizing and growing your business. 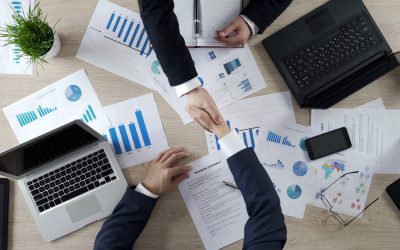 How to Minimize 280E Taxes for Your Cannabis Business

Knowing what expenses your cannabis company can claim on your tax return can be overwhelming due to IRS Code 280E. Internal Revenue Code 280E states that businesses who engage in the sale of Schedule I or II controlled substances, like cannabis, cannot deduct business... 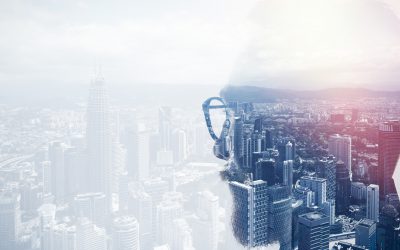 Cost segregation is a proven tax planning strategy that the cannabis industry can use to cut down on their income tax liability. For decades, the IRS has challenged this strategy in tax courts, but it’s been upheld time and time again. Although cost segregation is... 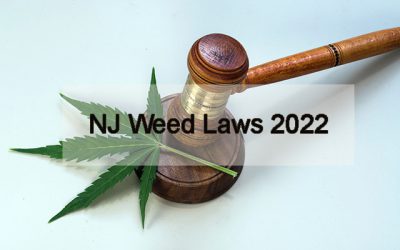 Curious to learn more about NJ weed laws in 2022? Northstar has you covered! As New Jersey's legal cannabis marketplace begins to take shape, some rules and regulations will apply. The state's medicinal marijuana program is already in place and has oversight from the...