New York marijuana legalization is good news for everyone!

In a big move, New York will legalize marijuana for those who are 21 and older!

Despite many attempts, the state has had trouble passing the new law. But after state lawmakers finally approved a bill that legalized cannabis use for adults, we expect a massive multibillion-dollar legal marketplace to form in the state.

So, what are the specifics now that New York marijuanas legalized? In this post, we cover everything we know and answer some of the most frequently asked questions about the topic.

Looking for guidance scaling a cannabusiness in New York? Northstar is ready to help!

Contact us now to speak with one of our New York cannabis CPAs about how we’ll grow your operation in time for sales to start in NY!

Interested in learning more about opening a cannabis operation? Make sure to check out our other post “How to Open a Dispensary in New York.” 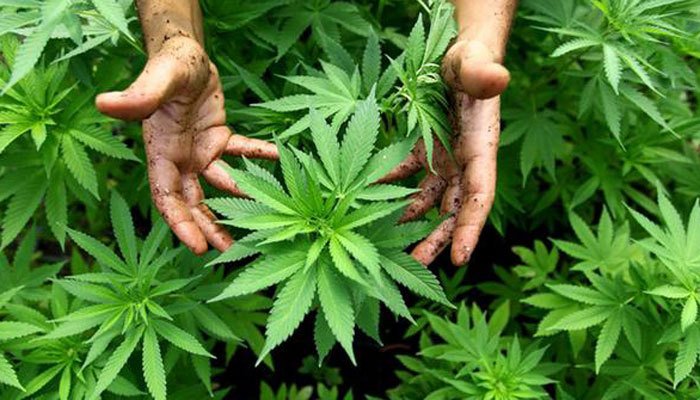 Yes, New York has legalized cannabis for adults 21 and older.

New York legislators sought to legalize weed because they want to expand the tax base to improve local economies. But they also want to create a legal marketplace that takes social equity into consideration.

Now that New York marjuanas legalized, New Yorkers can possess as much as three ounces of cannabis for adult consumption. They’re also allowed to have up to 24 grams of cannabis concentrate, which includes cannabis oil.

Those at least 21 years of age are permitted to use, ingest, consume, or ingest cannabis products. They’re also allowed to give these products to other people who are 21 years old or older.

Any adult can now have up to five pounds of marijuana at their residence. However, it’s essential for them to make reasonable efforts to ensure the cannabis is stored securely under lock and key without access to anyone underage.

Keep in mind, there are some penalties associated with illegal cannabis distribution and consumption in New York. These can include simple violations and felonies connected to having more than the allowed cannabis or selling it without the right license.

Through a bill sponsored by Liz Krueger, people can now legally consume cannabis in public. They can smoke it anywhere tobacco smoking is allowed.

However, there are some limitations.

What does legalization mean for New Yorkers?

For those smoking in public, you cannot smoke in areas where it’s not allowed. You can face a civic penalty or community service if you violate these rules.

Where is marijuana allowed in New York?

You cannot smoke cannabis in workplaces, inside a car, or in schools. Localities will form more rules to regulate cannabis consumption in public.

Other than that, New Yorkers are legally allowed to consume cannabis at private residences. However, if the landlord, hotel, or motel does not allow cannabis smoking, it’s not permitted.

Within several months, we expect club-like consumption sites that allow cannabis consumption. Alcohol consumption will not be allowed on these premises. Some municipalities are likely to ban these sites.

Where can I buy marijuanas in New York?

Through this new law, New Yorkers will be allowed to purchase through licensed retail operations. Eventually, the state will have brick-and-mortar dispensaries consumers can visit. However, localities are permitted to opt-out of allowing these operations within their proximity.

Consumption at the dispensaries will only be allowed at locations that hold an on-site consumption license.

Is impaired driving under the influence of marijuana illegal?

Driving under the influence of cannabis in New York will be comparable to driving while intoxicated by alcohol. If someone is impaired, they risk being pulled over and charged with a crime.

Medical marijuana has been legal in New York since 2014. Now that adult-use cannabis is legal, these rules will become more inclusive to cover a wider assortment of medical conditions. Also, patients will have other products available to them, and the 30-day limit on patient supply will increase substantially.

Is it legal to grow marijuana at home in New York?

Yes, New Yorkers will be able to cultivate up to six plants at their residence legally. Each household is allowed to have up to twelve cannabis plants if two adults are residing at the dwelling. This rule will become effective 18 months following the first opening of an adult-use dispensary.

When will legal sales begin in New York?

The first legal marijuana sales in New York should happen in 2022. However, officials must analyze how taxation of sales and regulation will occur. This includes the licenses for wholesalers, retailers, delivery services, processors, and cultivators. The state has created a new Office of Cannabis Management and Cannabis Control Board to oversee these regulations.

The laws surrounding cannabis consumption in New York have changed for the better. Now that state legislators have legalized adult use, we’re likely to see a healthier and safer environment overall.

However, officials must consider all the logistics of implementing these legal changes before people can partake without risk of repercussion. The state will need to establish new rules and regulations to govern drinking and driving, workplace consumption, and other issues.

Once implemented, we will finally be able to enjoy cannabis as a legal product at our private residences and other locations without fear of prosecution. However, we must respect the laws around public consumption until the state revises these regulations for responsible use.

Contact us now to speak with one of our experts about how we’ll structure and scale your operation in time for New York’s emerging adult-use cannabis market.