What will an NJ legal weed marketplace look like in the upcoming months?

Throughout this month, we’ve observed people still getting arrested for weed in New Jersey. Cops have seized hundreds of pounds of illicit cannabis in the last month.

Not to mention, NJ legal weed growers are having trouble and bracing for layoffs. Many are planning to destroy product if the consumer market doesn’t begin soon.

However, the state’s cannabis commission claims that the cannabis industry still has yet to meet the legal requirements for permission to sell to the public.

So, what’s happened so far? In this post, we’re summarizing everything that we think will contribute to a successful NJ legal marijuana marketplace.

Looking for help structuring and scaling your cannabusiness? Northstar is ready to help!

Contact us now to speak with one of our experts about how we’ll establish your operation right from the start and grow it with the right capital allocations. 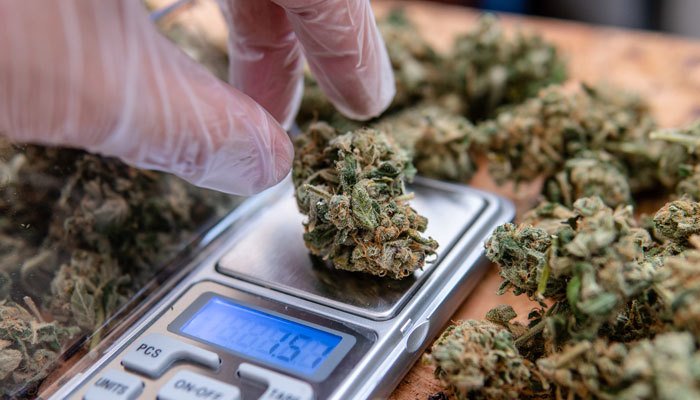 Both New Jersey and New York legalized cannabis for recreational use in 2021. However, neither of these marketplaces have begun their legal sales just yet.

These legal recreational cannabis marketplaces have the potential to become some of the most successful in the country. With large, dense populations and already massive illicit consumer bases, both NJ and NY are geared to become cannabis production and consumption powerhouses.

So, what can we expect? Will businesses have the opportunity to sell any time soon? Here’s an update regarding what will likely happen, and it’s not what everyone wants to hear.

New Jersey recreational cannabis sales are unlikely to begin in February, despite the CRC receiving its 30-day notice that started on January 23. However, the New Jersey CRC claims, “It’s the priority of the CRC to get recreational sales started as soon as we can.”

However, the Garden State might miss its self-imposed February deadline to open the legal recreational cannabis market.

Governor Phil Murphy, the same governor who successfully passed recreational legalization in New Jersey, claims he isn’t concerned that the state may not achieve its sales date.

“I’d rather get it right than get it fast,” Murphy explained to NJ Advance Media recently. “They’re doing a really good job. They want to do a job that’s different and better than any other state that’s ever done it, in particular as it relates to addressing inequities, which has been a central theme of mine.”

Thus, despite the potential problems this might cause for the present, the state is geared to make this industry one that will last. Which, in our opinion, sustainability is the key to making this space successful in the Garden State.

Is weed going to be legal in NJ?

Yes, weed is going to be legal in New Jersey. After Governor Phil Murphy signed marijuana legalization into law in 2022, the CRC has been directed to start adult-use marijuana sales before February 22. The CRC has been given 30-day notice that began on January 23.

Are edibles legal in New Jersey?

Edibles are currently banned in New Jersey. One of the main issues with the illicit market is that it’s bringing these products into the state knowing that they’re illegal. If something does not change soon, the black market is likely to dominate edibles in New Jersey.

New Jersey legalized cannabis consumption for adults 21 years of age or older. Since then, the state has started to build its foundations to create a legal marketplace in 2022. However, the planned date of opening is rapidly approaching without plans for sales to start. Unfortunately, sales will likely be delayed.

Legal cannabis has its place in the Garden State. However, the legal marketplace will take some time to establish. Once it’s ready, we expect a thriving industry that will create business opportunities for those seeking to enter. Until then, we expect there to be many challenges as the state works through these issues.

Stay tuned here and learn more about cannabis throughout New Jersey and much of the rest of the United States. Also, feel free to reach out with any news or inquiries! We stay on top of the latest updates, but it’s always nice to hear from our readers!

Have a cannabusiness you plan to start in NJ? Northstar is ready to help!

From structuring to scaling, our experts are here to guide your operations. Contact us now to speak with one of our CPAs about how we’ll grow your business.