What states are psychedelics legal in? This is a question that many people ask, especially now with the popularity of psychedelics on the rise.

Psychedelics are growing in popularity. But they’ve been used throughout history recreationally and medicinally. And as more research uncovers potential uses for these drugs, we expect federal legality to come at some point in the future.

In this blog post, we’ll take a look at some of the most common psychedelics and explore where they are legal in the United States. 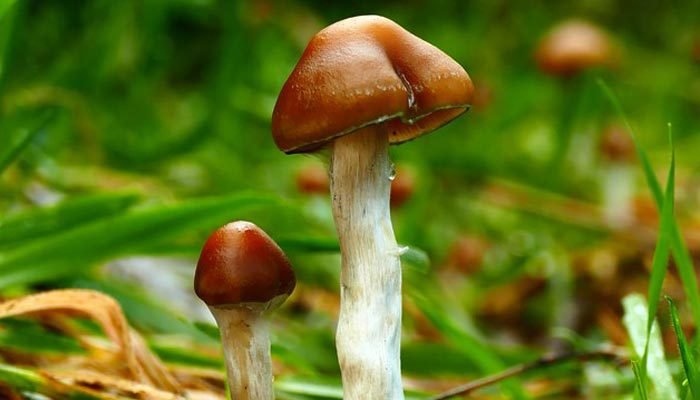 Psilocybin mushrooms are one of the most common types of psychedelics due to their relative safety and popularity. They’re also quite easy to find on the black market. However, they are illegal in all 50 states.

Oregon was the first state to decriminalize psilocybin mushrooms and legalize them for therapeutic use.

Decriminalizing a drug means that the police are no longer focused on arresting people for possession and consumption. However, this does not imply that psilocybin mushrooms are legal for people to buy, sell, or possess.

Rather than arresting people, police issue citations or fines. While this is progress, we expect legalization to occur at some point in the future.

Ayahuasca is best known for being used in spiritual ceremonies, which have taken place in various cultures for thousands of years. It is revered for its intense psychedelic effects.

This drug is made from a combination of plants, one containing dimethyltryptamine (DMT) and the other containing monoamine oxidase inhibitors (MAOIs).

In the United States, certain churches have been authorized to utilize ayahuasca during ceremonies, as it is commonly utilized in shamanistic rituals. The Santo Daime and the Uniao do Vegetal churches have both been given permission to allow their members to consume ayahuasca tea in ceremonies thanks to the Religious Freedom Restoration Act.

In 2019, the Oakland, California city council voted to decriminalize ayahuasca. Despite the fact that DMT is still prohibited by federal law.

The peyote cactus contains mescaline, an alkaloid that is perhaps best known for its psychedelic effects. It has been used in indigenous American spiritual ceremonies for centuries.

There are not any states where possession of mescaline or peyote is legal. However, due to the Religious Freedom Restoration Act, certain Native American tribes have been immune from prosecution for using peyote during ceremonies.

Despite being commonly used as an anesthetic for humans and large animals, ketamine is also classified as a psychedelic substance. Ketamine is a hallucinogenic anesthetic that has dissociative capabilities. After frequent usage, tolerance and cravings can develop.

It causes a trance-like condition that relieves pain while also sedating the patient. Ketamine has been approved for medical use in all states, which has encouraged ketamine therapy in the psychology field.

What States Are Psychedelics Legal In FAQ

Are psychedelics legal in Colorado?

The possession or distribution of psilocybin mushrooms is still prohibited in the city of Denver. However, the city government no longer prioritizes arresting or penalizing individuals for minor drug possession.

Are Psychedelics Legal In California?

Psilocybin mushrooms are still illegal on a state level. However, the city of Oakland and Santa Cruz have decriminalized psilocybin mushrooms, making their possession and use a low priority for law enforcement.

Are Psychedelics Legal In Massachusetts?

Closing on What States Are Psychedelics Legal In 2022

Psychedelics are still illegal in all 50 states. However, there has been a recent trend of decriminalization. This means that while the possession and use of psychedelics is not legal, law enforcement will not prioritize pursuing these activities.

There are certain cities and states where the use of psychedelics is more tolerated than others. But it is important to remember that they are still technically illegal.

If you’re looking to try out a psychedelic drug, be sure to do your research first and find out which states are the most lenient. However, if you’re planning to go into business within the psychedelics industry, it’s best to choose routes that are legal and wait for federal legalization to happen.

Looking to structure or scale your psychedelics business? Northstar is ready to help!

Our experts are eager to grow psychedelics operations with the right financial insights and structuring in place. Contact us now to learn more about what we can do to expand your legal psychedelics business.