Where are psychedelics legal in the US? That’s what we aim to answer in this post!

Psychedelics have a profound impact on perception, thoughts, and emotions. They can be found in various plants and fungi and have been used for spiritual purposes for centuries.

But despite their long history of use, psychedelics remain federally illegal in the US.

However, there is a growing movement to legalize these substances for therapeutic purposes.

So, where are psychedelics legal in the US? Let’s take a look.

At Northstar, we believe the federal legalization of psychedelics is inevitable. The decriminalization and research being conducted globally show their efficacy for treating various ailments, and as the demand continues to rise, we’re sure we’ll see changes in federal legalization.

For now, we’re prepared to serve the psychedelics industry the moment it becomes legal at the state and federal levels. If you have a psychedelics organization or business you’re looking to structure and scale, feel free to contact us to speak with one of our experts about how we’ll make this happen! 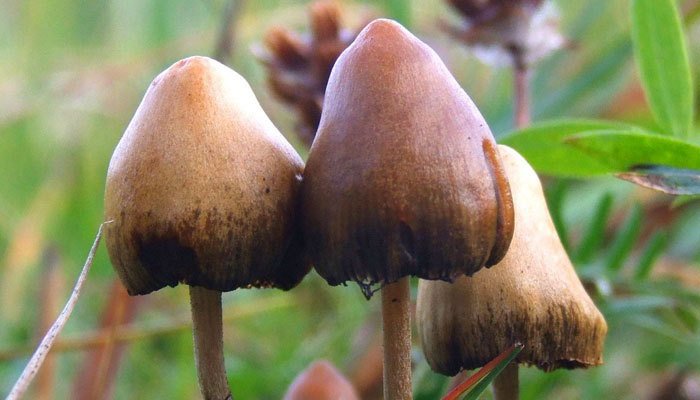 Psilocybin mushroom is the most popular and carries the least amount of risk among all the psychedelics. After all, this is what makes them appealing as a therapeutic drug.

Oregon became the first state to legalize psilocybin for therapeutic use while also decriminalizing its possession.

Decriminalizing a drug simply implies that law enforcement has a low priority in pursuing it, meaning they will not devote significant resources to “catching” dissidents. It does not mean it is legal for citizens of Denver and Oakland to buy, sell, or possess psilocybin mushrooms.

Ayahuasca tea is made from plants that thrive in the Amazonian jungle. It’s comprised of two components: DMT and MAOIs. Ayahuasca has been documented to induce mystical experiences of the past or other worlds under suitable conditions.

The use of ayahuasca in some churches is allowed for spiritual uses. DMT, the active component in ayahuasca, is prohibited at the federal level in the United States.

The peyote cactus is another example of a naturally occurring psychedelic. The Native American Church has the legal right to use and carry peyote for religious purposes as long as these practices are consistent with traditional Indian religion.

The Native American Church, also known as Peyotism or the Peyote Religion, continues to use peyote in some of its religious services. After a strenuous court battle, Native Americans argued that any prohibition on illegal drugs would impede upon their freedom of religion.

Ketamine, sometimes known as “Special K,” is a dissociative anesthetic that has hallucinogenic effects. Tolerance and cravings can develop after prolonged usage, but ketamine addiction and dependence are rare occurrences.

It induces a trance-like state that reduces pain while also sedating the patient. Ketamine has been authorized for medical usage in all states. It’s used lawfully as an anesthetic for people and large animals, although it was formerly a widely employed battlefield medicine.

Where Are Psychedelics Legal in US FAQ

Is Acid legal in California?

The Ayahuasca plant isn’t illegal for religious purposes in the United States. However, its active component, known as D.M.T., is still listed under the Schedule I narcotic classification.

Closing on Where Are Psychedelics Legal in US

Psychedelics have been used for spiritual purposes and in some cases, therapeutic ones. Although it’s illegal to use them for recreational purposes, there is a growing movement to legalize these drugs so they can be researched for medical use.

The more people who support the legalization of these drugs the sooner we will find out their true potential as either recreational or medicinal tools! And as more research uncovers the benefits, we’re sure we’ll see legalization at both the state and federal levels.

Looking to structure or scale your psychedelics operation? Northstar is ready to help!

Contact us now to speak with one of our experts about what we can do to grow your operation in this emerging legal marketplace.