Why are psychedelics Schedule 1 drugs? There’s a list of reasons, of course. But a lot of them are based on anecdotal evidence and a lack of information.

Psychedelics are some of the most misunderstood drugs available in the United States. Though they’re often deemed dangerous and addictive, this is not always the case.

In fact, psychedelics can be used to treat a variety of mental health conditions when used under the guidance of a therapist.

Despite this, psychedelics remain Schedule 1 drugs, meaning that they are considered to have no medical use and a high potential for abuse.

But why are psychedelics still classified as Schedule 1 drugs? And what does this mean for those who use them medicinally?

Keep reading to learn more about why psychedelics are Schedule 1 drugs and where we believe this emerging marketplace is heading.

Looking to structure and scale a legal psychedelics operation? Northstar is ready to help!

We believe that this emerging marketplace will become legal at the state and federal levels. With this in mind, we’re prepared to help organizations interested in growing with legality.

Contact us now to speak with one of our experts about how we’ll properly organize and grow your legal psychedelics operation. 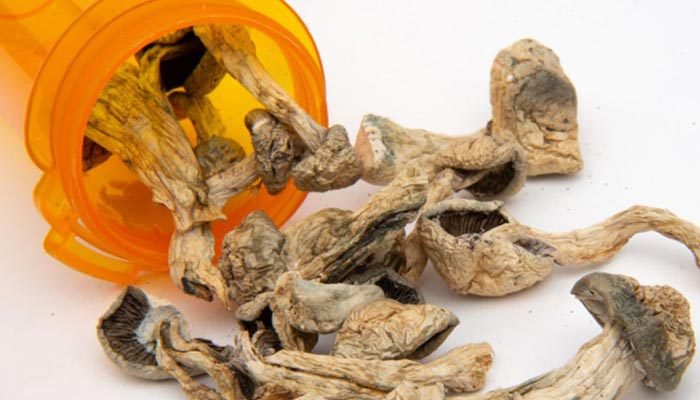 Schedule 1 and 2 drugs are prohibited in the US. But these two classifications of drugs are actually quite different.

Though all drugs listed in the Controlled Substances Act (CSA) by the federal government are considered dangerous and addictive, not all drugs carry the same potential for abuse or addiction.

Schedule 1 drugs have a high potential for abuse and no currently accepted medical use; these substances can cause dependence even when used under a doctor’s supervision. Some examples of Schedule 1 drugs include heroin, ecstasy (MDMA), LSD, marijuana, and peyote.

Schedule 2 drugs also have a high potential for abuse but do have a currently accepted medical use. Though these substances can cause dependence, they may be used safely under a doctor’s supervision to treat pain or other conditions. Some examples of Schedule 2 drugs include cocaine, methamphetamine, methadone, Demerol, and Vicodin.

But why are psychedelics Schedule 1 drugs? Don’t we have studies pointing at their useful properties?

Why Are Psychedelics Schedule 1 Drugs?

Though some psychedelics should probably be listed as Schedule 2, most psychedelic drugs are considered Schedule 1 drugs. This is because the federal government does not recognize that these drugs have any medical use or purpose. Because of this, the country lacks federally-approved clinical studies testing the efficacy of psychedelics for treating mental health conditions.

Despite this, there is a large amount of evidence that shows certain psychedelics can be used to treat conditions such as PTSD, depression, anxiety, and addiction. In fact, research has shown that LSD may help reduce anxiety in people with a terminal illness.

For those suffering from other mental health conditions, such as bipolar disorder or schizophrenia, there’s still a sizable body of research suggesting that psychedelics could be used to treat these ailments.

The Risks Associated With Psychedelics

Like other drugs, psychedelics can be dangerous and addictive. However, many people who use psychedelics do so infrequently, and even those who use often rarely become addicted or dependent on these drugs.

Even though there is no scientific evidence that shows psychedelic abuse can lead to physical dependence, these drugs are still considered highly dangerous by the federal government. Psychedelics can cause mental impairment and even overdose when abused or taken incorrectly.

Even when used responsibly under the care of a doctor, psychedelics can still lead to panic attacks and other adverse effects such as suicidal thoughts. Though these instances are rare, they do happen and should be considered by those thinking about using psychedelics.

Why Are Psychedelics Schedule 1 FAQ

What is a Schedule 1 drug?

A Schedule 1 drug is one that has no medical use and a high potential for abuse. These drugs are considered the most dangerous and addictive.

Is DMT a Schedule 1?

DMT is a Schedule 1 illegal drug under the Controlled Substances Act. In the US, DMT can only be used for research purposes and is illegal to use outside of medical care.

What is a Schedule 2 drug?

A Schedule 2 drug is one with a high potential for abuse but does have accepted medical use. These drugs are considered dangerous but can still be used safely under a doctor’s supervision.

Closing on Why Are Psychedelics Schedule 1

Some people have petitioned to change the status of psychedelics from Schedule 1 to Schedules 2 or 3, which would allow researchers and doctors to prescribe medications containing these drugs. One psychedelic, Ketamine, is currently categorized as a Schedule 3 drug.

Currently, psychedelic drugs are most often used in recreational settings, and treatment is only administered in very specific cases. However, there are currently ongoing clinical studies looking into just how psychedelics can benefit those with mental health problems.

As more studies reveal a better understanding of psychedelics, we’re confident that more of these drugs will move away from Schedule 1 classifications to form a legal psychedelics marketplace.