June 13, 2021 Cannabis Business, Entrepreneurs, Investors, Legalization
Home / Investors / How to Open a Dispensary in New York: What Should You Know?

Curious about how to open a dispensary in New York? You’ve come to the right place.

Here’s where you’ll find everything you need to know about New York marijuana legalization, including the most up-to-date news and insight you need to open a cannabis business in New York.

In March 2021, New York legalized adult-use recreational cannabis. The state has officially joined the ranks of states like Washington and California in legalizing marijuana for recreational use.

Over the next year, we expect more information to surface regarding how to open a dispensary in New York. This should include the requirements, application process, and all associated costs.

As we gain more insight, we will create more articles and list them as resources in this article.

Interested in opening a cannabis dispensary in New York? We’re here to help!

CONTACT US NOW to get your dispensary organized and compliant in preparation for New Jersey’s budding adult-use market! 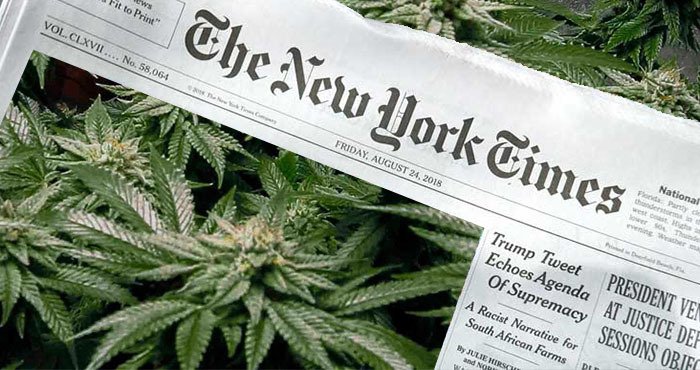 The NYT reports that the recently approved bill is likely to create a $4.2 billion cannabis industry in the state.

While using marijuana recreationally in the busy state is now legal, sales will become legal once the state implements regulations.

New Yorkers can now have up to three ounces in hand for recreational use or 24 grams of concentrate. If you’re 21 or older, you can now use, smoke, ingest, and consume cannabis.

Cannabis consumers are allowed to store up to five pounds of cannabis, as well. However, they’ll need to take “reasonable steps” to ensure it’s secure.

We expect this will encourage New York dispensary success once rules are in place. 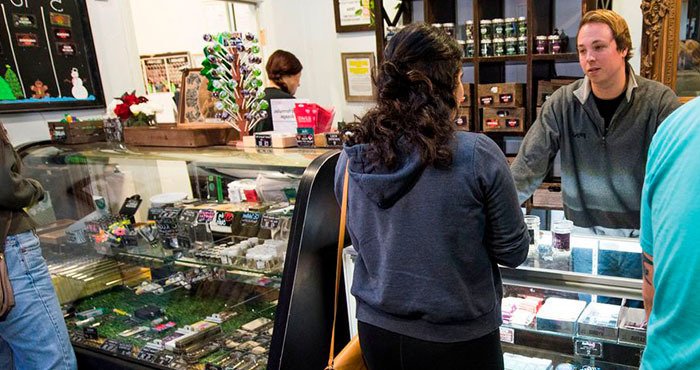 Medical cannabis use has been legal in New York for quite some time now.

While it wasn’t until recently that the state decided to legalize recreational cannabis, the state’s medical program has been in place since 2015.

The Department of Health started accepting applications for organizations interested in getting licensed to cultivate, dispense, and manufacture medical-use cannabis and medical marijuana products.

Only five registered organizations would be granted licenses for each of the three categories, but the deadline is long passed (June 5th, 2015).

Allowing up to five organizations in this space means many entrepreneurs interested in opening a retail store will have to consider other business plans.

While Andrew Cuomo has signed legalization into effect, each of the license types will only allow so many licensee holders.

Whether for adult use or medical marijuana, dispensaries need to have the law on their side.

Ultimately, this will involve coming up with a business plan and, if the initial registration proves fruitful, adhering to the regulations put in place by the Office of Cannabis Management.

A cannabis business license is not easy to get. For anyone running a dispensary in New York, marijuana laws will be essential to follow in order to avoid prosecution from the Cannabis Control Board of New York state.

Back in 2015, 43 applicants applied for licenses to manufacture and dispense medical cannabis. The law only allowed these organizations to operate up to 4 dispensaries state-wide, though.

The state has not issued new medical licenses since then. However, New York has been working on state government proposals to initiate full legalization.

Since then, the state’s medical-marijuana program began accepting applications for a license in one or more of these areas: Cultivation (up to four state-wide cultivation site licenses), Dispensing (four medical use dispensary licenses), and Manufacturing (three manufacturing facilities).

New York’s market could be the next California. This sector is valued in the billions (New York Comptroller believes the state could earn a whopping $3.1 billion in revenue).

The New York cannabis market is the second-largest, and when considering the state’s population, wealth, and cultural acceptance, the opportunity here is massive.

Will localities have cannabis restrictions and laws in place?

Counties that will not allow marijuana sales exist. Some of these include Chemung, Nassau, Putnam, Suffolk, and Columbia. Oneida and Cattaraugus counties might not allow sales, too. However, these counties haven’t implemented laws at this time.

Who can buy through New York state’s medical marijuana program?

Patients suffering from certain severe medical conditions can receive certification from a licensed practitioner to access medical marijuana products. This is how one can obtain a registry identification card. Once issued, registrations remain valid for two years.

Other associated or complicating conditions that qualify for medical marijuana use include:

Medical cannabis can offer relief to patients, which is why legalization for medical use has been essential in states like New York.

The Compassionate Care Act initiated in 2014 ensures these patients have access to medical cannabis through the registered organization of their choice.

Despite cannabis prohibition at the federal level, a marijuana dispensary in New York has the potential to be successful while helping people.

Each accessible cannabis dispensary ensures patients can get the medicine they need when they need it, and New York’s program has made tremendous strides in the right direction.

What are the costs of starting a medical marijuana dispensary?

Even if the applicant does not get approved for registration, they will receive the $200,000 fee back.

Do I need a marijuana business license to set up shop in NY?

Yes. While NY has legalized the plant for adult use, you will still need to apply and register with the state to get a marijuana business license in New York state.

Here’s some additional insight into the application fees and registration costs.

Applicants have to submit the following:

How to Open a Dispensary for Recreational Marijuana in NY

The bill, the Marihuana Regulation and Taxation Act, is set to create the US’s most progressive legalization laws.

The MRTA does the following:

Cannabis Management Solution: Get Your Financials in Order Now

Cannabis management is challenging enough. Take control of your operation’s financials with expert assistance and contact us today.

Businesses interested in setting up a dispensary or one of the other cannabis businesses available in New York (or scaling an existing one), we’re here to help!

CONTACT US NOW to learn how we’ll get your business organized and compliant for New York’s budding adult-use market!