Many states are developing their legal recreational use and medical cannabis laws. But Michigan likely has some of the most interesting progress we’ve seen so far.

This state was the 10th state to legalize recreational cannabis in November 2018. Since then, the Great Lake State has come a long way with its marijuana legalization policies, despite federal laws deeming cannabis possession a crime under marijuana prohibition.

Michigan cannabis law is constantly being updated to reflect rule and regulatory changes, even with federal law in place. Here’s some top insight for the month of May.

Looking for help managing the finances for a cannabis operation in Michigan? Contact us now to speak with one of our cannabis-specific CPAs to learn more about how we can help. 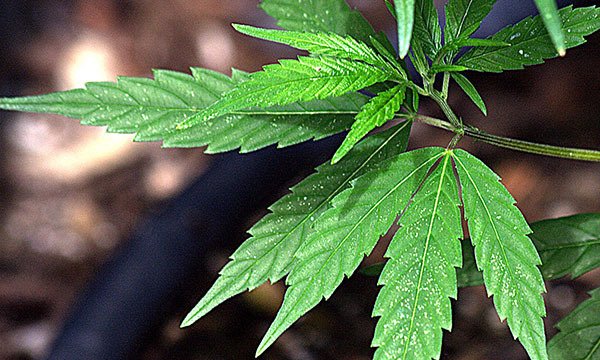 The network is working with the Redemption Foundation and the Sons and Daughters United nonprofits.

During a University of Michigan Law study, people with expunged records acquired wage jumps of 25 percent, better housing options, and 11 percent higher employment likelihood. However, this study estimated that just 6.5 percent of the people wiping their records were able to do it within five years of eligibility because of the costs and other complications associated with the process.

The Great Lakes Expungement Network is now working to make expungement more accessible. This is especially important when considering the state has up to 1 million residents who might newly qualify for expungement under the recent law change.

Previous criminal offenses are hurting Michigan residents by creating unnecessary barriers to housing and employment. The punishment long exceeds the sentencing and reparations, even for what’s now considered a misdemeanor punishable by a small fine.

Cannabis prohibition has been detrimental to society, and through Michigan’s Clean Slate law, it’s possible to expunge these past offenses.

Licensed sales started years ago, and the state has been earning tax revenue from adult use stores, which distribute products from industrial hemp grows and adult use cannabis sales.

We’ve seen financial institutions coming around to support the industry. Many cities have implemented easier ways to expunge records, too. But hazy aspects surrounding the new law have made it challenging for convicts, even if it was their first offense.

However, we need a way to expedite and simplify the expungement process in the Great Lake State. This is why it’s crucial to have networks like the Great Lakes Expungement Network navigating the Clean Slate law and helping people expunge their criminal records when applicable. 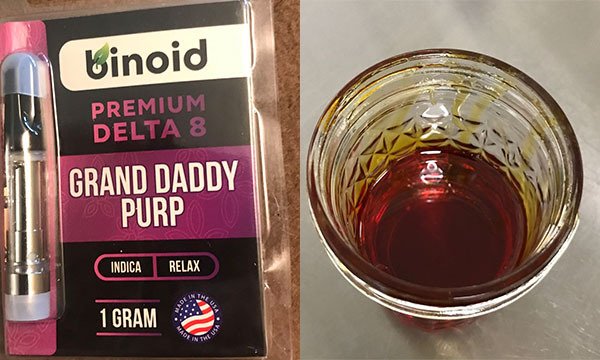 Hemp and marijuana industry innovators found it’s possible to synthesize a cannabinoid from hemp called delta-8 THC. This cannabis compound offers comparable euphoric effects to delta-9 THC. However, a loophole is currently being exploited to allow for the sale of these untested products to retailers without oversight from the legal marijuana industry.

Now that the state is moving to outlaw or place delta-8 and similar cannabis sales under state oversight, we can expect this loophole to close on the potentially illegal drugs.

State Rep. Yousef Rabhi, D-Ann Arbor sponsored House Bill 4517. This bill will expand the definition of marijuana to include all THC. At this point, it’s somewhat of a free-for-all within the state as delta-8 gained traction.

Delta-8 THC has been a grey area growers and processors have been using to profit. The unregulated nature of these products has allowed this market to explode. But these profits are short-term.

If you are involved in delta-8 THC production, these profits are not forever. You will eventually have to report to the MRA, perform vigorous testing, and adhere to the same safety standards of the rest of Michigan’s legal cannabis industry.

Farmington Hills officials recently shifted medical marijuana zoning legalization through ordinance changes, but some are still not happy about how close these operations are to residential areas. Despite currently accepted medical use, caregivers distributing cannabis to their patients from their own residence for therapeutic purposes could face a civil infraction, even with state law allowing the medical treatment.

Through Michigan’s medical marihuana act, caregivers can grow as many as 72 plants for themselves and five patients. However, with the complaints rolling in about these medical sales happening in approximately 30 homes, new provisions were essential to ensure the medical marijuana remains more controlled in these areas.

What this medical cannabis news tells us:

Michigan regulators want the caregiver provisions to work, at the federal level. But odors cannot disrupt residential neighborhoods without some sort of maximum fine or punishment in place. Few properties fall into the light industrial classification. Thus, many caregivers will not be up for consideration and could face the maximum fine despite legalization.

Michigan’s marijuana law does not allow officials to zone the use outside of their cities. With this being the case, jurisdictions will be in charge of ticketing and fines as an initial step towards maintaining site compliance. 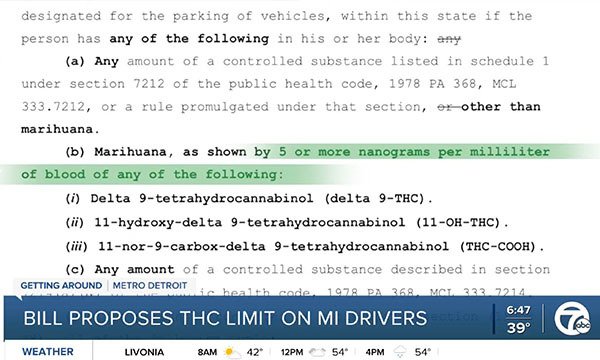 Michigan lawmaker, Rep. Pamela Hornberger, of Macomb County recently introduced House Bill 4727. This bill, if passed, will set 5 nanograms per milliliter of blood as the legal limit of THC for driving adults to have in their system. Exceeding this limit would be a felony punishable by jail time and fines.

While some adults might argue that recreational cannabis does not impact the way they drive, the state has seen some tragedies resulting from a lack of oversight regarding this issue. Without setting a limit for how much THC is too much in a driver’s system, adults driving while the substance is in their system is something that has yet to be regulated in the state.

At this point, one child has been killed by someone under the influence of THC. There was no alcohol, and no other drugs in their system at the time. But experts claim that taking blood measurements of THC isn’t an accurate way to determine if someone has been driving while under the influence.

In 2019, the Driving Safety Commission determined that Michigan drivers should not have a THC level set for determining whether they’re under the influence. Unlike alcohol, THC levels spike and decline rapidly within the body before plateauing.

The main issue here is that THC levels can remain in the blood system for days following a high’s dissipation. Thus, this has a high potential to result in false convictions.

At this point, Michigan has a zero-tolerance policy for driving under the influence of THC. However, determining a person’s sobriety is conducted through a sobriety test law enforcement conducts.

We need more accurate ways to determine cannabis impairment through roadside sobriety tests. This is a unique opportunity for entrepreneurs interested in serving the state and saving lives.

As the cannabis sector works to end marijuana prohibition, states like Michigan must regulate this controlled substance without oversite from the federal government. While marijuana and industrial hemp are legal for recreational use, medical and recreational sales must be monitored by the Michigan department (MRA) in charge of regulating licensed sales for cannabis.

Scale in The Great Lake State – Without Risking Your Compliance

Looking for assistance scaling your Michigan cannabis operation in preparation for federal legalization? We’ll organize your financials and maintain compliance every step of the way!

Did you love this article? Make sure to check out our other post about the federal cannabis bill and how Michigan banking groups responded before you go!