For business owners operating medical marijuana dispensaries in the Garden State, this could mean lucrative potential. But others looking to capitalize on recreational marijuana legalization can do so now that consumers can legally purchase marijuana without the threat of criminal penalties.

New Jersey medical marijuana laws have seen a lot of progress in the past few years. But none of this compares to the recent changes with the vote for NJ marijuana legalization.

So, what’s happening with New Jersey’s marijuana laws now that the state has voted to legalize marijuana?

Keep reading for more information on New Jersey, its medical marijuana program, and what we can expect now that recreational marijuana is legal in New Jersey.

Looking for assistance scaling your New Jersey cannabis business? There’s no time like the present!

Contact us today to learn how we’ll organize your operation and support your business’s growth with the right financial services. 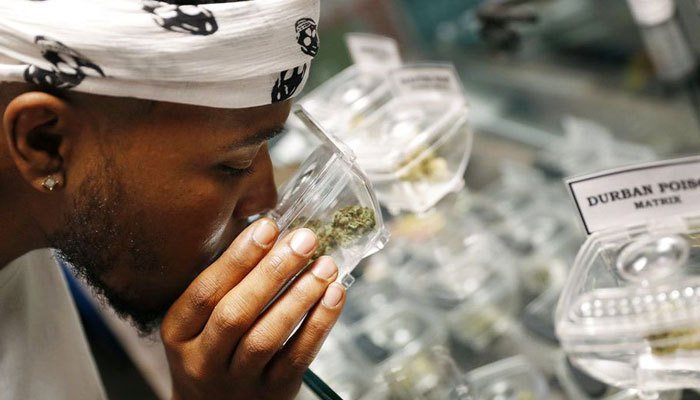 The laws in New Jersey are changing as legal cannabis is making its way to the masses. Over the next six weeks, the laws will be determined and the state’s Cannabis Regulatory Commission is expected to meet next week.

The New Jersey Cannabis Regulatory Commission will determine how the state’s legal program will operate. However, local officials will also need to figure out how they will proceed, as well.

At this point, the state is waiting to hear from towns on whether or not they will allow the cannabis space to operate within their jurisdictions. Each town has until August 21 to pass ordinances that would opt them out of the industry, effectively banning marijuana sales and businesses or changing zoning laws to regulate the areas these businesses are permitted.

The state’s medical marijuana program has done exceedingly well since its conception in 2010. In fact, at the end of 2017, over 50% of registered patients were under the age of 40. And for this reason, it is expected that a lot more people will sign up as recreational cannabis becomes legal in New Jersey.

Up until now, most of the cannabis in New Jersey has been purchased by Jersey residents through dispensaries. This has produced some sales tax revenue for the state.

However, as medical marijuana becomes more popular, it is expected that fewer patients will choose to purchase their medication at dispensaries and instead opt for medical marijuana delivery services or even make their own infused treats in edible forms. 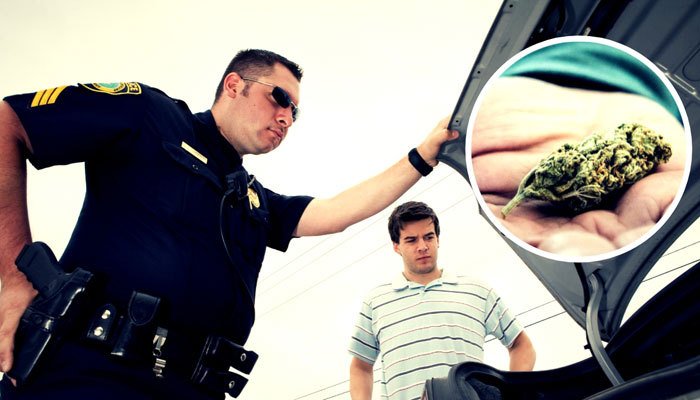 New Jersey voters passed Question 1. This law calls for an amendment to the state constitution to accommodate adult-use possession, production, and sale of marijuana to consumers at least 21 years of age 21. This law took effect on January 1, 2021. Governor Murphy signed into law legislation to stop marijuana possession arrests and license retail sales on February 22, 2021.

Legally Hold Up to Six Ounces in NJ

Possession of up to 6 ounces of cannabis by an adult is allowed under the new laws for cannabis.

State legislature outlines that adult possession of more than 6 ounces of cannabis is a fourth-degree crime that’s punishable by up to 18 months imprisonment and a fine of up to $25,000.

If this possession is within 1,000 feet of a school, the new law sets this as a high-impact zone. Thus, this adds 100 hours of community service to the sentence, along with an (depending on quantity) additional fine.

Marijuana Distribution or Possession with Intent to Distribute

The sale or distribution of less than 1 ounce of marijuana results in written warnings if it’s a first offense. However, a second offense is a crime in the 4th degree punishable by a maximum sentence of 18 months imprisonment and a fine up to $25,000.

Selling or distributing more than 1 ounce but less than 5 pounds is a third-degree crime that’s punishable by a 3- to 5-year prison sentence and a fine up to $25,000.

Selling or distributing at least 5 pounds but less than 25 pounds is a 2nd-degree crime that’s punishable by a 5-10 year prison sentence and a fine up to $150,000.

However, if the violation involves under 1 ounce, the mandatory minimum sentence is either 1/2 or 1/3 of the sentence.

Selling or distributing less than 1 ounce within 500 feet of certain public property is a 3rd-degree crime that’s punishable by 3 to 5 years in prison with a fine of up to $25,000.

Selling or distributing anything beyond 1 ounce within 500 feet of certain public property is a felony that can result in 5 to 10 years in prison and a fine of up to $150,000.

Selling to minors or pregnant women is also a felony. This crime results in double the time in prison and twice the fine.

For cultivation of 25+ pounds, a mandatory minimum sentence is essential.

New Jersey defines hashish as “the resin extracted from any part of the plant Genus Cannabis L. and any compound, manufacture, salt, derivative, mixture, or preparation of such resin.”

While terminally ill patients and recreational consumers alike can use hashish, it’s still on the federal government’s list for Schedule I controlled substances.

Adults can legally possess up to 17 grams of hashish.

Possessing more than 17 grams of hashish is a 4th-degree crime that can result in an 18-month prison sentence and a fine of up to $25,000.

Anyone caught manufacturing, distributing, dispensing, or possessing with to intent to manufacture, distribute, or dispense fewer than 5 grams of this substance can result in a written warning for the first offense.

A subsequent offense for manufacturing, distributing, dispensing, or possessing with the intent to manufacture, distribute, or dispense fewer than 5 grams of hashish is a 4th-degree crime that can result in a fine not exceeding $25,000 and/or a prison sentence that does not exceed 18 months.

If the hashish weighs beyond 5 grams but is less than 1 pound, this is a 3rd degree crime that may receive a fine that does not exceed $25,000 and/or a prison sentence of at least 3 years and at most 5 years.

If the hashish weight was 1 pound or more but fewer than 5 pounds, this is a second-degree offense that can result in a fine that does not exceed $150,000 and/or a prison sentence that’s at least 5 years and at most 10 years.

If the weight of the hashish involved in the crime was 5 pounds or more, the crime is a first-degree offense that can result in a fine that doesn’t exceed $200,000 and/or a prison sentence of at least 10 years and no longer than 20 years.

Manufacturing, distributing, dispensing, or possessing with intent to manufacture, distribute, or dispense hashish within 1,000 feet of a school or school bus stop is a 3rd-degree crime that can result in a fine that does not exceed $150,000 and/or a mandatory prison sentence ranging from 3 to 5 years.

Despite medical marijuana legality in New Jersey, paraphernalia charges could result in punishment for quite some time, even if you had a great criminal defense attorney.

However, voters in New Jersey recently passed Question 1, which amends the state constitution to accommodate adult-use possession, production, and sale of marijuana. But underage marijuana involvement is still illegal for New Jersey residents and visitors alike.

A person 21 years or older can not only consume marijuana; they are now allowed to purchase, possess, and use cannabis paraphernalia.

However, selling paraphernalia is still a 4th-degree crime that can receive a maximum sentence of up to 18 months in prison and a fine of up to $10,000.

Selling paraphernalia to minors is a 3rd-degree crime that can result in a sentence of 3 to 5 years in prison and a fine of as much as $25,000.

Advertising the sale of devices or equipment for cannabis use is a 4th-degree crime that can bring about a fine that doesn’t exceed $10,000 and/or a prison sentence of up to 18 months.

In New Jersey, if someone fails to give their marijuana or hashish to a police officer, they can receive a misdemeanor.

Furthermore, if someone is under the influence of cannabis or hashish – regardless of whether the person is driving a car or not – they can also be charged with a misdemeanor.

These misdemeanor marijuana-related offenses can be punished by:

If the person is less than 17 years of age, the suspension will be no less than six months or beyond two years once they turn 17.

Laws for cannabis in New Jersey allow conditional release or alternative or diversion sentencing for anyone who is facing their first prosecutions.

Most of the time, conditional release allows an individual to choose probation instead of standing trial. Once the person successfully completes probation, their criminal record is wiped clean.

Each state criminalizes driving under the influence of controlled substances. New Jersey police officers know marijuana is legal, but the bills signed do not permit drugged driving, even on private property.

Some jurisdictions have additional per se laws. In some severe instances, these laws keep drivers from operating a motor vehicle if an illicit drug or drug metabolite is present in their bodily fluids above a specified threshold in accordance with state requirements.

New Jersey has put legislation in place that gives opportunities to those who have cannabis convictions related to activities that have been decriminalized/legalized. This includes having past marijuana convictions vacated, expunged, or sealed from public view.

Generally, legalization brings policy that encourages a legally controlled market for cannabis. This market lets consumers buy marijuana for personal use from a safe legal source with ongoing supervision and sales tax that supports the legal space.

However, historically speaking, this has impacted black and brown communities disproportionately.

This, of course, is a civil rights issue as these are high-impact zones that have been disproportionately affected by the law and the War on Drugs.

The judge does not have the power to sentence a defendant to less than the mandatory minimum.

So, a prisoner serving a minimum mandatory sentence for a federal offense and for most state offenses usually isn’t eligible for parole.

There are even instances in which peaceful marijuana consumers have been sentenced to life as a minimum sentence. In these cases, the convicted person must serve a life sentence without the opportunity to leave on parole.

Medical marijuana is legal in New Jersey. But how does the state see this treatment?

Modern research highlights the viability of cannabis as a treatment for a wide assortment of clinical applications. These uses include pain relief, nausea, glaucoma, spasticity, and movement disorders.

Cannabis is also an impressive appetite stimulant and some new research highlights that its medicinal properties could protect the body from malignant tumors and offer some neuroprotection.

Concluding on Cannabis Laws in NJ

Cannabis laws in the Garden State are becoming increasingly progressive. However, it’s important to know that it will never be a free-for-all industry.

Whether you operate a business in NJ’s cannabis space or are a consumer interested in purchasing infused products, the legal status of these products must be understood to avoid legal issues.

Operating a cannabusiness in NJ? Get your financials in order to scale your operation to the next level with our experts.

At Northstar, we’ll analyze your business, track your financials, and determine how best to allocate your resources to ensure you successfully scale. Contact us now to learn more about how we’ll enhance your operation.